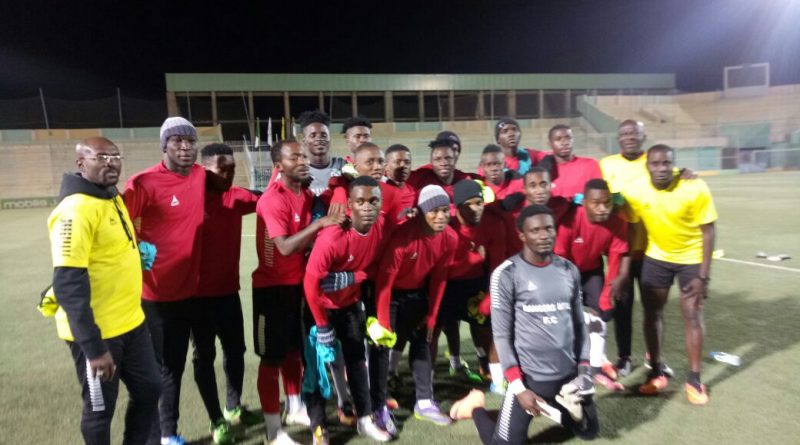 Two Nigeria Professional Football League sides will stretch out to decide the redemption of our footballing status in African most prestigious clubs competition this weekend.

Rangers International and Rivers United represent the country in the CAF Champions League after finishing the local league as champions and runners up respectively.

The Flying Antelopes will start their campaign on the road against Algerian club side JS Saoura on Friday. A team with little or no experience in CAF elite club competition, the coal city club displayed a remarkable feat to win the league title after 32 years trophy drought.

Perhaps their poor start to the season has left football fans at home sceptical of any chance reaching the next round. Rangers are rooted 18th at the relegation zone on the league log after managing six points from possible eighteen. Their only victory is a 1-0 home win over Elkanemi Warriors; they lost two and drew three.

JS Saoura in the 16 team Algerian Ligue Professionnelle 1 have demonstrated might as one of title hopefuls with 27 points from 19 matches, seven adrift of league leaders MC Alger. The Eagles have won seven, drew six and lost six. The level of competitive actions tested by JS and poor run of form by the Coal City landlords gives the North Africans an edge going into this tie.

Coach Imama Amapakabo led side are saddled with the responsibility of going extra miles to overcome the pressure of vociferous JS Saoura fans at the 20,000 capacity stadium in Meridja, Bechar Province, Algeria. Apart from the seven appearances in the African Cup of Champions Clubs from 1971 to 1985, Rangers had only appeared twice in the CAF Champions League in 2006 and 2013.

The epic clash kicks off Friday from 7pm Nigerian time.

Rivers United will make their inaugural appearance in the elite tournament against AS Real Bamako of Mali. The Pride of Rivers were unbeaten in five league matches before a sudden 2-1 slip at Shooting Stars Sport Club last weekend.

They square up with AS Real that have cultivated the tradition of African club competitions, having made seven appearances in the African Cup of Champions Clubs between 1962 and 1992. They achieved preliminary and second round appearances respectively in the CAF Confederation Cup in 2011 and 2012 and had two first round Cup Winners Cup participations in 1990 and 1997. The Malians are the most successful club in Bamako with six Malien Premiere Division titles and ten Malian cups.

Their only competitive action this term is a 2-0 road victory over Onze Createurs in their one week old league, which kicked off last Sunday. However officials of the club were spotted at the weekend in Ibadan, keeping a close watch on the reigning NPFL runners up.

Coach Stanley Eguma wards file out against the Scorpions inside the 25,000 Stade Modibo Keita capacity Stadium, Bamako. The match is scheduled for Saturday.

Enyimba International remain the only Nigerian club side to have won the CAF Champions league; a feat which was achieved consecutively in 2003 and 2004. Nigeria club sides have reached the elite tournament final seven times, winning just twice.