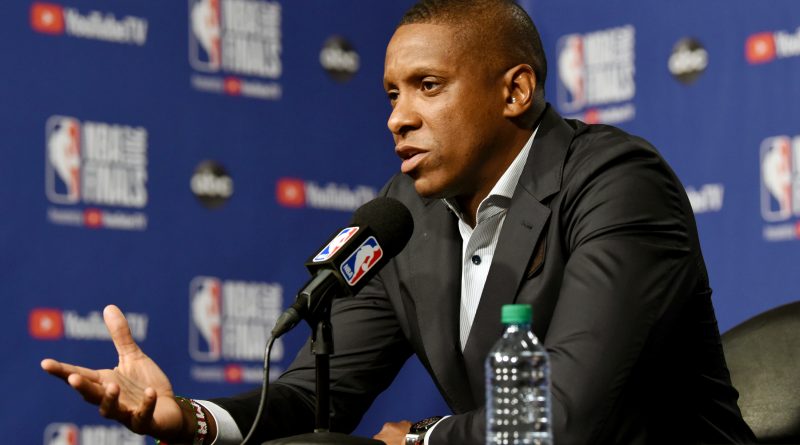 Toronto Raptors President Masai Ujiri has vowed to fight for the wrongly accused in the society after a law enforcement officer robbed him of his championship moment following the 2019 NBA Finals.

During a Good Morning America interview with Robin Roberts Wednesday morning, Ujiri spoke about that night’s events from his perspective.

The Nigerian NBA executive was sued after a chance encounter with Alameda County Sheriff Deputy Alan Strickland turned physical. The officer had refused to let the ex-Nigeria international join his team just after they beat the Golden State Warriors in California to end the series triumphantly.

Last week, Ujiri released a powerful statement and video in which he reflected on his own experience the decision to help victims.

In the Wednesday interview he said, “I say it as humbly as I can: the privilege of the job I have is to fight for this.  They are wrongly accused, there are no body cams, nobody sees what happens, and they are incarcerated or they are accused or they are charged. We have to fight for them.”

The Nigerian NBA executive was sued by Strickland even though video evidence from Strickland’s body cam later showed that the officer shoved Ujiri twice as he was trying to step onto the court, before Raptors guard Kyle Lowry pulled him onto the court to celebrate. The Raptors president counter sued Strickland for lying.

Strickland and Ujiri both dropped their lawsuits against each other earlier this month.

“As much as we say, ‘Yeah, this happened to me,’ there’s worse that’s happened to other people, right? I lost a moment. People have lost their lives,” Ujiri added.

Donovan Dooley of Deadspin.com would add: “Ujiri has a firm understanding of what it means to be a Black man with privilege in this country. He knows that if he wasn’t one of the best front-office executives in the entire NBA he likely would have never been able to prove that he was innocent of any wrongdoing.

“There have been many instances in this country(USA) where police officers will fabricate stories to clear themselves of their shady behaviour. And oftentimes they get away with it, especially if it involves a Black man or person of colour.

“Ujiri has the resources to help minorities fight against crooked officers who wrongly accuse them of crimes. His commitment to help others who have been in his situation is not only commendable, it’s heroic.

“These matters are not only about right and wrong; they are a matter of life and death. This is a problem Black people have been dealing with for decades. Last year, the country got an in-depth look into what could happen when you don’t hold officers accountable for their actions. The murders of Breonna Taylor and George Floyd are only the tip of the Iceberg.

“Ujiri had his life changed forever due to this encounter with Strickland nearly two years ago, and if he hadn’t had the resources to fight it, who knows where he’d be today. Now, he’s taking the responsibility on himself to make sure that people less fortunate don’t have to suffer due to the actions of corrupt law enforcement.”