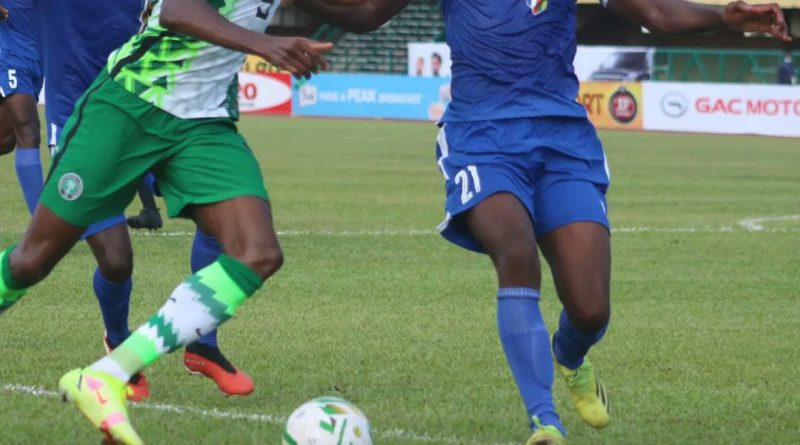 *I’m excited by the team’s solidarity

Hot-shot Victor Osimhen hit four sweet goals against Sao Tome and Principe in their 10-0 thrashing in the hands of Nigeria on Monday in Agadir, Morocco but the Super Eagles striker insists no Nigerian footballer can yet compare to late Rashidi Yekini.

The Napoli attacker who spoke to reporters at the backdrop of his four goals and current status as the topmost striker in the Super Eagles said he may have scored four goals on Monday and other goals but notwithstanding, Yekini remains the best.

He said, “Rashidi Yekini is the best ever striker Nigeria has produced; yes he is. Even if I eventually surpass his goals it still does not change the greatness of Yekini. He was phenomenal.”

Osimhen’s goal haul Monday afternoon in Morocco hit the Eagles opponent hard. The Napoli striker could have made it five goals in that 2023 African Nations Cup qualifying match if he had taken the penalty kick himself. Nigeria was awarded a penalty kick almost at the 90th minute and Osimhen stepped away for Emmanuel Dennis to take it which Nigeria the 10th goal.

And of the goal he said, “That’s a part of the team solidarity. I am happy for the goals the whole team scored. We have such a very strong solidarity building and that is what the coach (Peseiro) is teaching us. It worked to help us score the needed goals.”