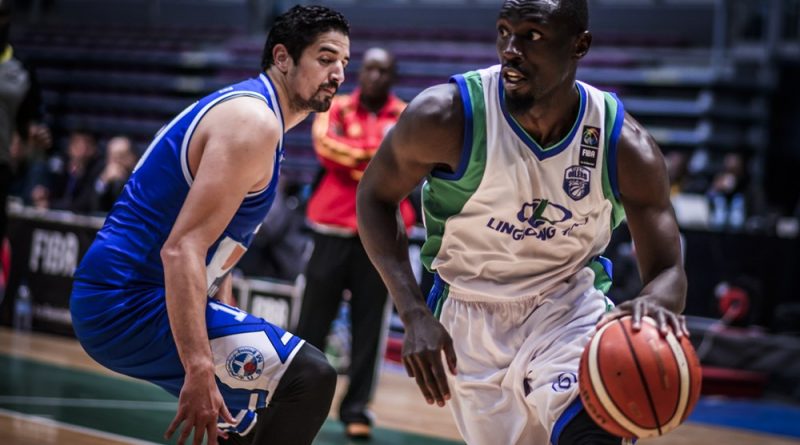 Nigeria’s representatives in the Basketball Africa League (BAL), Rivers Hoopers are billed to leave Lagos for Kigali, Rwanda ahead of the league’s tip off. The coach of the team, Ogoh Odaudu confirmed the departure schedule to Extrasportsnigeria.com after a training session at the Teslim Balogun Stadium, Lagos on Thursday.

“We are confirmed for Monday and everything is targeted towards that plan,” Ogoh, a former national point guard said.

The Hoopers that have been training in Lagos in the last few days had their mandatory Covid-19 tests on Saturday. The team is booked the Ethiopian Airline Adis Ababa route from where they will link up to Kigali for the maiden edition of the competition which tips off on May 16th. Hoopers picked the ticket after winning the FIBA Africa Zone 3 tournament in Cotonou, Republic of Benin in 2021.

New signing for the club, Robinson Odoch Opong has said he is ready to represent the club in Kigali. Opong was signed to be the replacement for injured 2015 NBA Champion, with Golden State Warriors, Festus Ezeli.

Speaking to the Hoopers media, the Ugandan international said he was excited joining the KingsMen for BAL.

He said, “When the offer came, it felt like the right thing to do. Now I can’t wait to get out there and represent the club and its fans in Kigali.”

After sealing deals for four players, some fans have said the KingsMen should be able to get at least a podium finish, but Opong says the player’s health will be a major factor that could decide their title ambitions.

“I think we have what it takes to make a push in the tournament. I pray that everyone stays healthy so we can accomplish big things together”.

The National Basketball Association (NBA) and FIBA are partners for the Basketball Africa League, reacting to this partnership, and Opong feels it is a privilege to play in a competition of that magnitude.

“I think it’s huge. I’m really glad that the NBA has invested in Africa. The BAL and the NBA working together will only help elevate our sport in our continent.”

Opong is no-stranger when it comes to playing on the African soil as he represented his country, Uganda at the 2017 Afrobasket Championship and 2021 Afrobasket Qualifiers. He also played for Mozambican side Ferroviario Beira at the 2019 Africa Basketball League. His experience should give Rivers Hoopers a great boost.