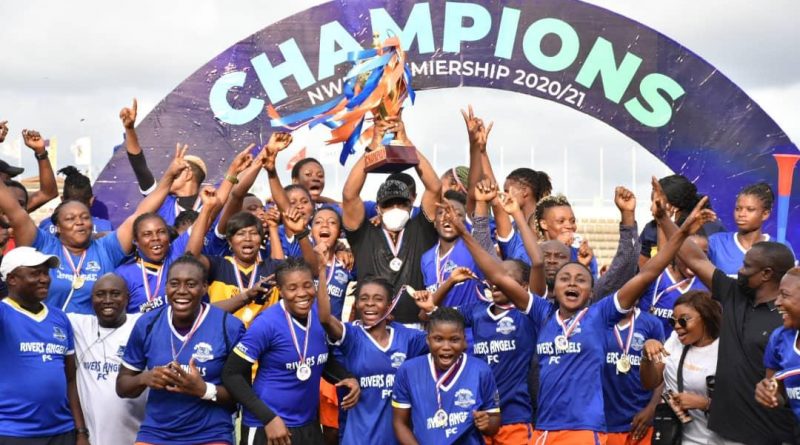 Rivers Angels are NWFL Premiership 2020/21 champions. They sealed the championship on Sunday in Ijebu Ode after beating Sunshine Queens 4-0 in their last match of the Super Six playoffs to garner 11points in 5 matches and +12 goal difference.

Delta Queens are in second place with 9 points and FC Robo from Lagos finished third with 8 points as the week-long competition ended in Ogun State.

The Delta game against Robo turned out a very sour part of the highly praised competition as the Robo ladies attacked the referee after the final whistle. The game ended 1-1 as Delta converted a dying minutes penalty kick awarded them. This irked the Robo players who were seen on video chasing the referee – who incidentally was a lady.

The Rivers ladies secured the trophy but more importantly the ticket to the first CAF Club Championship for women.