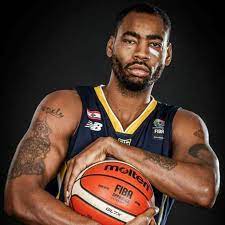 Nigeria’s representative in the maiden edition of the Basketball Africa League, Rivers Hoopers have added American duo of Chris Daniels and Taren Sullivan to their roster. Hoopers confirmed the additions Thursday night.

Daniels was a member of the USA Basketball Men’s AmeriCup Qualifying Team in February. He played in both games for the USA helping them to wins over Bahamas (93-77) and Mexico (95-76).

Daniels who last played for the Alaska Aces of the Philippine Basketball Association in 2019 has also played for Santa Cruz Warriors and Erie Bayhawks in the NBA G-League.

Sullivan is a small forward who most recently played for Stockton Kings and Erie BayHawks in NBA G-League.

On February 24, 2019, the 6’6” forward set his career high in rebounds in a G-League game. That day he grabbed 15 rebounds in Stockton’s road win against Prescott Valley, 113-114. He also had 6 points, 2 assists and a steal. They join Ben Uzoh in the Hoopers roster for BAL