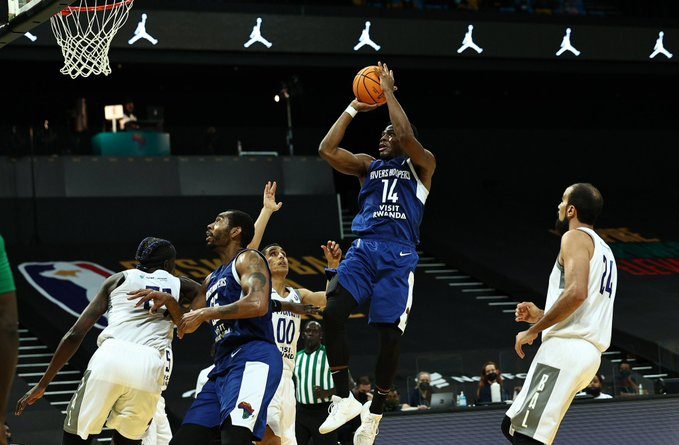 Rivers Hoopers Basketball Club became the first team to reach the 100 benchmark at the ongoing Nigeria Premier Basketball League after 104-59 drilling of Lagos Raptors in Akure on Saturday.

Benjamin Ikechukwu was on fire from the three-point line as he scored 7 of Hoopers’ 22 three pointers in the game.

Azubuike Ekuma contributed 12 points all from behind the arc, while Victor Koko Anthony and Ronald Alalibo also added 12 points each.

The KingsMen dominated the game from start to finish and led in all quarters of the game.

“It feels good to be the first team to score 100 points in this competition. We did not plan it but it just happened and everything kept working for us so we decided to push it to 100 points.”

The victory against Lagos Raptors is Rivers Hoopers’ third win out of three games played in the competition.

Rivers Hoopers will next face CAMAC on Sunday, September 12.