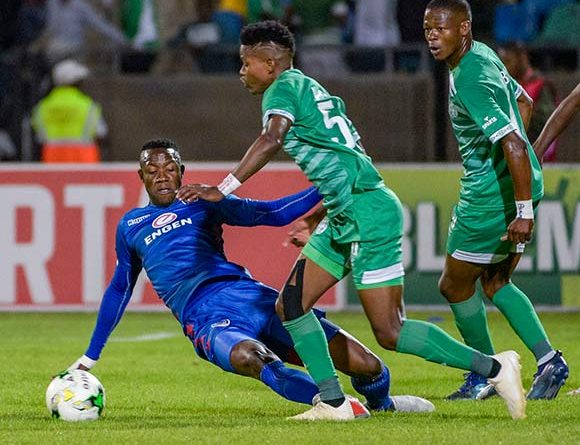 The South Africans as hosts came into the encounter in high spirits after holding Kaizer Chiefs to a 1-1 draw, which extended their unbeaten run to three matches in the DStv Premiership.

Comparatively, Rivers United have seen miminal action since their preliminary round victory over Futuro.

The opening 45 minutes ended goalless. Rivers were playing at the backdrop of another Nigerian side Enyimba having just lost 3-0 to Al Merrikh of Sudan in the CAF Champions League.

With the second half not proving to be any better, Celtic coach Maduka introduced Sera Motebang and Reagan Van Der Ross for the final 20 minutes.

Despite Celtic’s double change; it was the visitors who broke the deadlock moments later for an important away goal, before hitting a very important second goal on 80 minutes to wrap up the win.