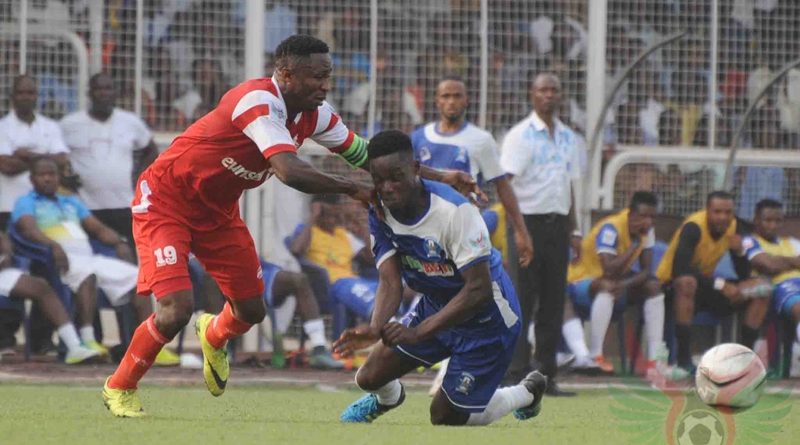 On February 5, 2017 Rivers United played probably their worst game in the NPFL this season and the opposition on the day was 3SC.

United lost 1-2 that day but that result, more than anything else, flattered the boys from Port Harcourt as only a shocking display of profligacy by the 3SC forwards, good fortune and some extraordinary goalkeeping performance right out of the top drawer by Femi Thomas kept the score line respectable.

3SC arrive in Port Harcourt on Saturday with the hopes of going for an encore but meet a Rivers United side high on confidence after recently putting their CAF Confederation Cup campaign back on track with a crucial win against KCCA on Tuesday.

A win for United will see them climb four places to 13th on the NPFL log while 3SC, currently mired in relegation trouble will leave the drop zone if they become the first side to inflict defeat on the ‘Pride of Rivers’ at their stately patch.

Coach of 3SC, Fatai Amoo is full of respect for the opposition and does not expect any display of complacency from the hosts.

“I don’t think they (Rivers United) will be distracted as a result of their participation in the CAF Confederation Cup,” Amoo told Rivers United website, www.riversunitedfc.com.ng.

“You don’t just stumble on (qualification to play) on the continent.

“There were four Nigerian clubs on the continent but today, only Rivers United is left so it means they have all it takes (to play at that level).

“It is an advantage for them but it will also motivate us.

“We respect them,” he said.

Lukman Mohammed scored for Rivers United in the reverse fixture at the Lekan Salami Stadium, Ibadan just over four months ago and he also spoke to us ahead of Saturday’s contest.

“The fans cannot write the team off for now; we ask for their support as it is still possible for us to have a good season,” he said on fans’ discontent over United’s underwhelming displays in the NPFL this term.

Saturday’s contest will be a compelling one with both sides desperate for points that will guarantee gradual, if not steady progress, towards the top half of the table.