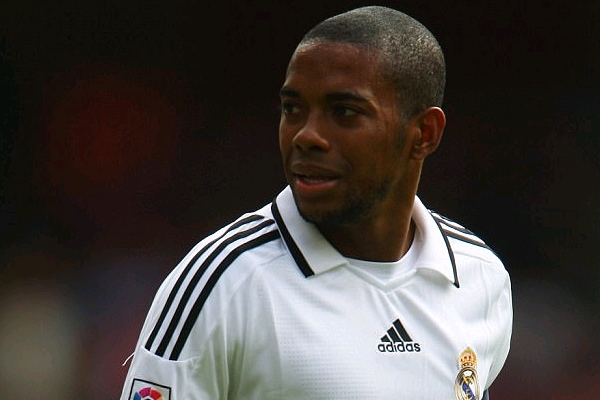 Celebrated Brazilian footballer Robinho has been sentenced to nine years in prison for taking part in the gang rape of a woman in Milan in 2013.

An Italian court ruled the 33-year-old and five other Brazilians assaulted the Albanian woman, who was 22, after plying her with alcohol in a nightclub. The forward, who left AC Milan in 2015 after five years, was not in court but pleaded not guilty through his lawyer.

The sentence will be put on hold until the appeals process is completed, the BBC stated. Robinho, capped 100 times by his country, spent two years at Manchester City and currently plays for Atletico Mineiro in Brazil.

A post on Robinho’s Instagram page said he had “already defended himself against the accusations, affirming that he did not participate in the episode” and that “all legal measures are being taken”.

After starting his career at Santos, Robinho won two La Liga titles in four seasons at Real Madrid, before joining City for a then British record fee of £32.5m in the summer of 2008.

His arrival, on the final day of the transfer window, came on Sheikh Mansour’s first day as owner of the Premier League club. In spite of the hype around his arrival in the EPL, the playmaker struggled to make an impact in England and was loaned back to Santos in January 2010.

He won Serie A during his subsequent spell at Milan, but returned to Santos for another loan spell in August 2014 before joining Chinese side Guangzhou Evergrande in July 2015.

When his sixth-month deal expired, he moved back to Brazil, joining Atletico Mineiro on a two-year deal.