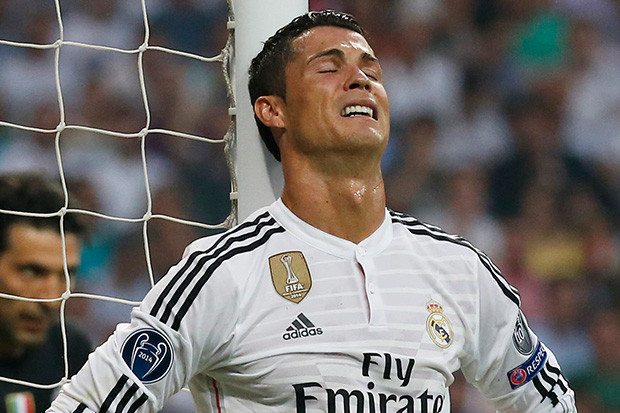 The Portuguese goal machine with a record 96 Champions League strikes to his name suffered a heavy tackle in a 3-1 win over Osasuna at the weekend.

And as the rest of the Real Madrid squad trained on ball skills Monday “Cristiano Ronaldo and Fabio Coentrão trained inside the facilities’ the Real website reported. Ronaldo suffered a knock to his right leg, according to press reports, adding he was expected to shake off the injury in time to play Wednesday.

On a happier note for the 10 times European champions Welsh forward Gareth Bale took full part in training Monday, looking fresh, sharp and upbeat after three months out with a heel injury.

Bale will take no part in Wednesday’s game but could well be back in the starting line up for the February 22 return leg in Naples.