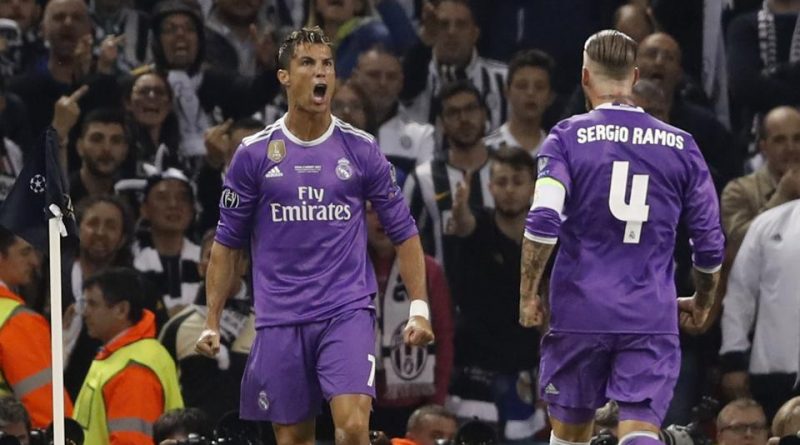 Cristiano Ronaldo’s brace ensured Real Madrid became the first team in history to win back-to-back Champions Leagues with a 4-1 victory over 10-man Juventus, according an ESPN report. What a Saturday of disappointment it turned out for Juve fans.

Ronaldo opened the scoring in Cardiff, with Juve drawing level through a brilliant equaliser from Mario Mandzukic, before Casemiro edged Madrid back in front after the break and the Portugal captain added his second, with Marco Asensio then netting a late fourth to secure a 12th European Cup for the Spanish side. Juan Cuadrado was dismissed for Juve six minutes from time.

Juve dominated the opening stages of the game with Gonzalo Higuain managing two attempts inside the first four minutes — first heading a cross at Keylor Navas before testing the Madrid keeper with a long distance strike just a few moments later.

Juve continued to come forward early on and after six minutes it was Miralem Pjanic’s turn to have a go from range, bringing out an excellent stop from Navas with a stinging low drive.

But Madrid soon got a foothold in the game and went ahead in the 20th minute with their first attempt at goal — Ronaldo playing a one-two with Daniel Carvajal before seeing his low strike take a small deflection off Leonardo Bonucci and fly into the bottom corner to make him the first player to score in three Champions League finals. It was also Madrid’s 500th goal in the Champions League.

But seven minutes later and Juventus were level as Mandzukic chested the ball up inside the area after being teed up by Higuain before hooking a stunning overhead kick over Navas and into the top corner of the net.

Madrid, though, could have been back in front once more in the 33rd minute when Marcelo got to the byline and picked out Ronaldo in the middle, but the Portugal captain miscued his header and missed the target.

It was the Spanish side who created the first chance after the restart, with Luka Modric finding some space outside the box and letting fly with a strike that Gianluigi Buffon was able to get across to deal with.

Zinedine Zidane’s side continued to pile on the pressure as the second half wore on and were rewarded when Casemiro’s hit from the edge of the area took a big deflection off Sami Khedira and looped past Buffon into the corner in the 61st minute.

Three minutes later and it was a third for Madrid when Ronaldo arrived at the near post to meet Modric’s delivery and slot the ball first time past Buffon for his second of the night and his 600th goal in all competitions for club and country.

Ronaldo could have had a hat trick in the 73rd minute when he was picked out in the middle of the box unmarked by Marcelo, but he could only blaze his first-time effort over the bar.

Juve attempted to find a way back into the match and came close in the 82nd minute when Alex Sandro connected with Dani Alves’ free kick, but he sent his header inches wide.

Cuadrado, who had come on in the 66th minute, was dismissed six minutes from the end after picking up a second yellow card for a push on Sergio Ramos.

There was still time for a fourth for Madrid, with substitute Asensio finding the bottom corner after being found in the middle by Marcelo in stoppage time.