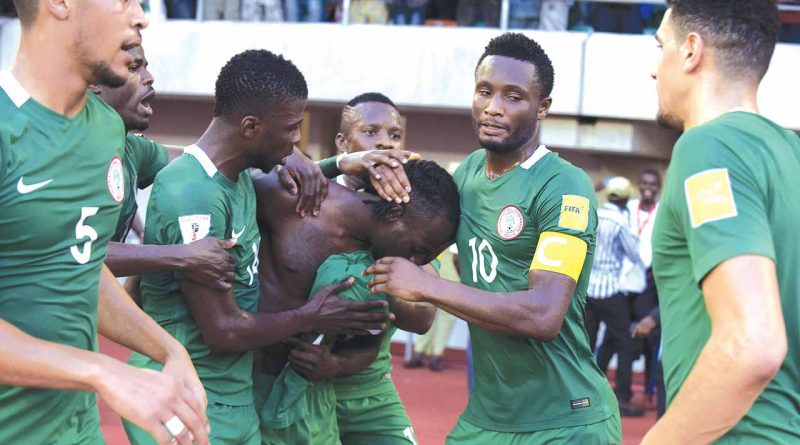 Nigeria became the first African country to qualify for Russia 2018 World Cup, Extrasportsnigeria.com reports. They were joined shortly by Tunisia as the second team from the continent.

Nigeria faced Zambia knowing victory would be enough to secure passage from Group B and they duly delivered with a 1-0 win thanks to Arsenal’s Alex Iwobi, who came off the bench to score.

The goal came in the 73rd minute as Victor Moses and Abdullahi Shehu linked up on the right, with the latter cutting back for Iwobi to slot home.

Tunisia needed to match or better DR Congo’s result to ensure top spot in Group A, and with both teams winning Tunisia can start making plans for Russia. They were 4-1 winners away to Guinea, with Youssef Msakni bagging a hat-trick and Mohamed Ben Amor also on the scoresheet as they came from behind.

Liverpool signing Naby Keita had put a huge dent in their hopes with a 35th minute strike, but Tunisia are through.

Egypt can book their ticket if they beat Congo on Sunday after Uganda were held to a goalless draw by Ghana in their Group E clash.

Super Eagles right-back, Shehu Abdullahi, was voted the Man-of-the-Match for Nigeria’s 1-0 win over Zambia on Saturday.

The defender was also very strong at the back for Nigeria, providing an outlet for the team when they needed him to provide width in attack.