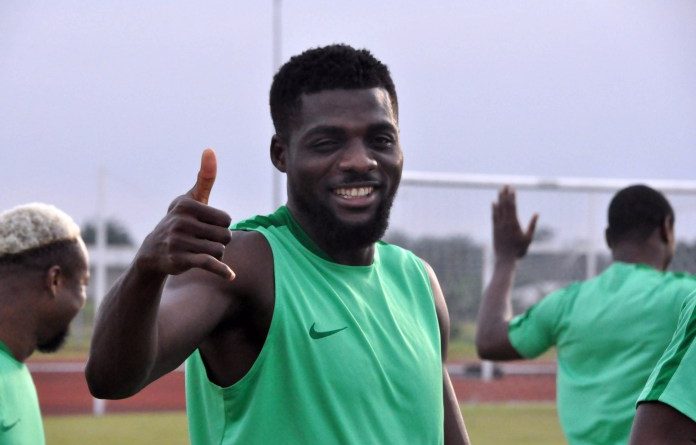 Nigeria’s goal scorer against Algeria on Friday, John Ogu has revealed the sacrifices he made to get himself his first World Cup 2018 qualifiers appearance with Nigeria, Extrasportsnigeria.com reports. The midfielder had not featured for the Super Eagles under Gernot Rohr in the run up to Russia 2018.

Before the arrival of the German to Nigeria, the Israel-based Ogu featured largely for his country at the 2013 Confederations Cup under late coach Stephen Keshi. The Hapoel Beer Sheva who got his opportunity after Nigeria had qualified made a resounding case for himself with a well-taken long range shot in the 62nd minute to beat Faouzi Chaouchi in goal for Algeria. The game eventually ended 1-1 after Yacine Brahimi converted a penalty that has continued to draw debate with few minutes left.

Ogu said the playing for Nigeria was a dream come true and in a series of tweets detailed how he worked himself into reckoning for a place in the team.

He tweeted (@ogujohnugo), “October 20, in a game against Steau Bucharest in our UEFA cup match, I had a little tear in my satorious Muscle that forced me out of the game. I usually don’t go out from games but that night it was painful so I did.

“Weekend of that same weekend, we were to play against Maccabi Tel Aviv which is a very important game for my club. Training on Saturday, I wanted to play with me begging our doctors to inject me. But they refused because they don’t want to risk it.

“I was thinking also of this day and moment in my career. So I went for Ultra sound and it was that I had a tear and I will be out for 4 weeks they said. Thank God for the Gene he blesses me with. I told them I will be back in 2weeks.”

And the elated midfielder didn’t stop there. He explained he had to go extra mile to get healed.

“I spent my own money to visit a specialist, went for therapy with my team 3 times .Spent also on Orthotics to fit in my boots. Came back exactly in 2weeks just to be back to represent my country. Missed 2 league games and Europa League game.”

And in spite of the rave reviews he has received from Nigerian fans for the lone Eagles goal in Constantine, he says he is determined to get better and the tough work to get ahead continues.

“I’m not looking way too sharp yet but I will keep working hard. I’m really proud of the team tonight. We worked as a team and fought for each other. Happy all my efforts were not in vain. I’m Grateful to God for his grace upon my life!!