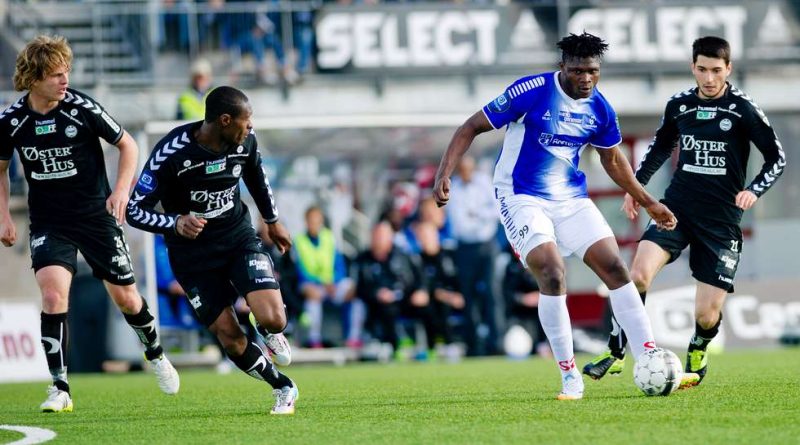 CSKA Moscow striker Aaron Samuel has been called up by Nigeria coach Gernot Rohr to replace Alex Iwobi who has cropped up injury. Samuel had been placed on standby when the first squad list was released last week.
Samuel made the last of his seven international appearances two years ago.
Nigeria indeed suffered a blow ahead of their 2018 World Cup qualifier against Cameroon in Uyo on Friday, after Arsenal forward Iwobi withdrew from the squad against Liverpool on Sunday and Nigeria with a thigh muscle strain.
Iwobi will also miss the September 4 return leg match in Yaounde as confirmed by the Nigeria Football Federation on Sunday. The Arsenal attacker was billed to join the Super Eagles training camp on Monday after Arsenal’s Premier League game at Liverpool on Sunday. The Gunners were well beaten 4-0 by Liverpool.
Iwobi played in Nigeria’s first two World Cup qualifiers against Zambia and Algeria, scoring in a 2-1 win in Ndola, Zambia in October last year.