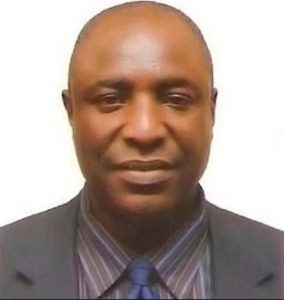 Senchi who is a Judge of Nigeria’s Federal Capital Territory High Court was elected President at the recently concluded Annual General Meeting of the World Badminton Federation (WBF) which held from May 16 to 20 at Gold Coast, Australia.

The new BCA president served the NBF president for two terms of eight years until the national sports boards were dissolved by the country’s sports minister, Solomon Dalung.

A publicist for Senchi said WBF also elected the Nigerian into its Executive Committee and appointed him Chairman of its Ethics Committee, which handles petitions and complaints from players, officials, sponsors and other stakeholders around the world.

During his two-term leadership of the BFN, Senchi led the Nigerian federation to several laurels in international competitions. During his tenure, Nigeria produced the African Number one and two players in the game as well as the African female number one and two best players. He also ensured Nigeria’s qualification to play the Olympics where former African best female player, Grace Daniel represented the continent at the Beijing Olympics in 2008, the publicist added.

In the last All Africa Games, in Rwanda, Nigeria won a bronze medal in the male singles event and only recently won another bronze in the African Cup in South Africa, the highest competition in badminton on the continent.

The immediate past BFN president also introduced the annual Nigerian International Badminton Competition in Abuja which brings together leading world players in a deliberate effort to popularize the game among Nigerian youths.

On Thursday Senchi said, “I consider my election as victory for the game of badminton in Nigeria and I am humbled by my election as Chairman of the WBF Ethics Committee especially when there was a judge of Appellate Court from another country who is a member of the WBF Executive Committee.”