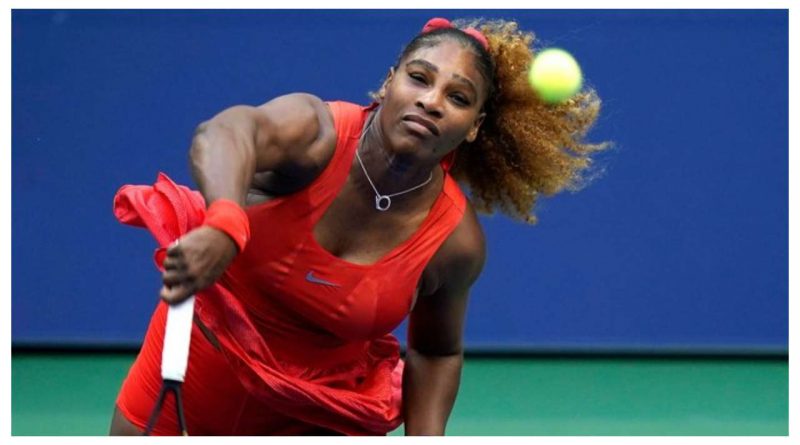 Williams, 38, looked composed as she took the first set in 37 minutes.

The third seed lost a close tie-break in the second and was forced to find her best tennis to come from a break down in the third and win 6-3 6-7 (6-8) 6-3 almost two hours later.

“She was doing so well. She was being so aggressive and I knew I needed to do the same thing.”

The American is seeking a 24th Grand Slam singles title as she attempts to equal Margaret Court’s record.

Williams had initially looked vulnerable when she went a set down in her third-round match against Sloane Stephens and again it was Sakkari who had the faster start.

The pair had met two weeks previously in the last 16 of the Western and Southern Open, when Williams let a set and break lead slip to lose.

The seven-time Wimbledon champion was threatened when Sakkari set up three break points at 2-2 in the first set, but the Greek could not take the early opportunity.

The momentum changed hands as Williams dominated a rally with pacy forehands to break the world number 22’s serve at the third attempt.

And an ace down the middle sealed a hold to love to give the American the first set.