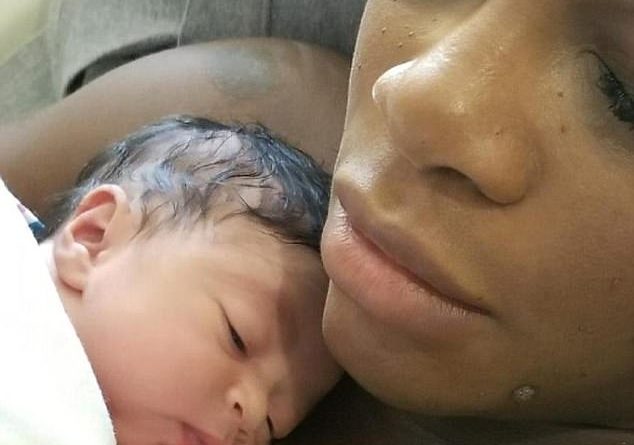 Serena Williams satisfied an eagerly awaiting world by sharing a lengthy video of her new daughter on Wednesday, along with a video documenting her entire pregnancy.
She posted the lengthy Instagram story almost two weeks after giving birth on September 1, an event she also included in the video.
The tennis super star also revealed that the baby girl is named Alexis Olympia Ohanian, Jr. – just like her father – and that the family had to spend six days in the hospital after her arrival because of complications.
“Look what we got! A baby girl,” says Serena at the end of the video, showing Alexis Jr. as she lays in her arms.
The little baby is entirely covered with just her two tiny booties, face and full head of hair peeking out from her blanket.
Serena also posted a photo of her daughter resting on her shoulder to Instagram, writing: “Meet Alexis Olympia Ohanian Jr. You have to check out link in bio for her amazing journey. Also check out my IG stories.”
She had guessed that she was having a girl in an interview with Vogue that ran in the magazine’s September issue.
“Alexis thinks we’re having a boy, but I have a strong suspicion that it’s a girl,” Serena said.
“Two weeks after we found out, I played the Australian Open. I told Alexis it has to be a girl because there I was playing in 100-degree weather and that baby never gave me any trouble. Ride or die. Women are tough that way.”
She then added that there was an extended hospital stay, and Alexis was born weighing 6lbs 14ozs, a healthy weight for a newborn.