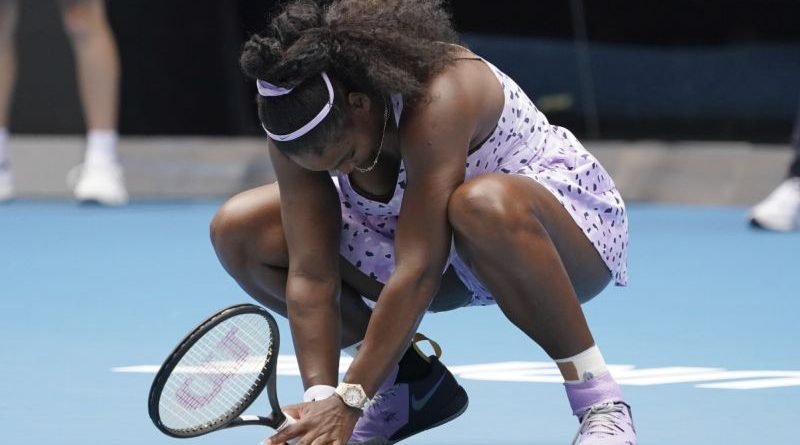 Serena Williams tumbled out of the Australian Open in the third round on Friday.

The Williams-Wang match was their first meeting since last September in the United States Open quarterfinals, when Williams had routed Wang, 6-1, 6-0, in only 44 minutes, one of the easiest victories of her long career. Wang, 28, who normally tries to dictate play with her flat, aggressive groundstrokes, did not hit a single winner in that match, seemingly frozen with fear under the floodlights in New York, according to a New York Times report.

In Friday’s rematch, Wang’s readiness to battle, and to assert herself, was quickly apparent. She hung tough on her serve; saving four break points before breaking the 38-year-old Williams in the ninth game for a 5-4 lead, and then holding serve a game later to claim the opening set.

After the match, Wang, who finished with 25 winners, said of Williams: “She’s a really aggressive player; you cannot be only passive, you have to stay with her.”

“I just tried to be more aggressive,” she added.

Williams, when asked what Wang improved in their rematch, focused instead on her own performance.

“Personally I made a lot of errors,” said Williams, who hit 43 winners and 56 unforced errors. “I didn’t hit any of those shots in New York, or in general in a really long time — so that’s good news. I just made far too many errors to be a professional athlete today.”

“I thought, O.K., now finish this off,” Williams said of her mind-set before the third set. “I honestly didn’t think I was going to lose that match.”

At the same time Williams was battling at Rod Laver Arena, her close friend Caroline Wozniacki played the final match of her career at Melbourne Arena, losing to the 78th-ranked Ons Jabeur of Tunisia, 7-5, 3-6, 7-5.

Williams and Wozniacki would have faced one another in the fourth round had both advanced, but underdogs not known for big-stage bravery beat both.

The loss for Williams brought a premature end to her latest bid to equal Margaret Court’s record of 24 Grand Slam singles titles, and was her earliest exit at the Australian Open since she lost in the third round to Daniela Hantuchova in 2006.