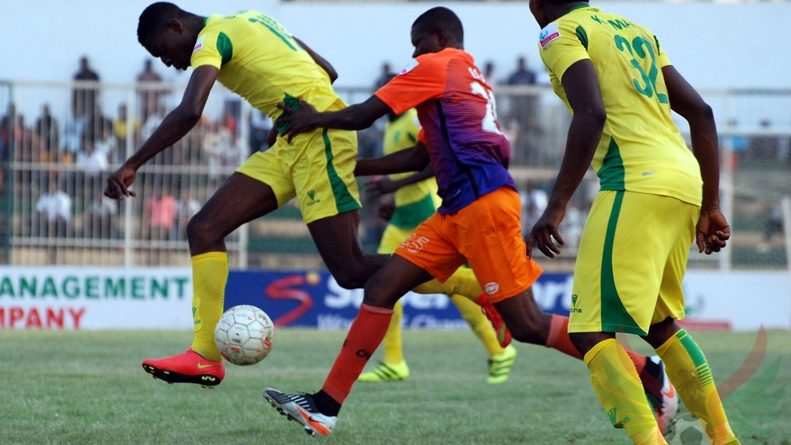 Kano Pillars settled for a 0-0 draw against Shooting Stars in Ibadan in the Matchday 23 of the Nigeria Professional Football League but it was the match played in Akure also in the South West region of Nigeria that created the most shake of the day as a former Nigeria international and former coach of the Super Eagles Austin Eguavoen was forced to resign as the coach of the Sunshine Stars, Extrasportsnigeria.com reports.

League trophy contenders Plateau United visited Akure and defeated their hosts 2-1. And barely two hours after the game our reporter gathered that Eguavoen, who only join the team some weeks back on a rescue mission, resigned. The stars of the Sunshine are quite dim as they struggle at the wrong end of the table.

In Ibadan, Ayobami Junior of Shooting Stars had a chance of going for goal from a dead-ball situation, but his effort went off target. Wasiu Jimoh again shot wide, attempting goal for the Ibadan side.

Defending champions, Enugu Rangers settled for a 1-1 draw against El Kanemi Warriors in Maiduguri. The match ended early enough before reports from the city confirmed that Islamist Boko Hram had attacked the city but were swiftly repelled by the Nigerian soldiers. Daniel Etor scored for Rangers on 70 minutes, before Alex Otakho equalized for the Warriors on 81st minute.

Makurdi recorded a one-man show as Tony Okpotu took the Mountain of Fire and Miracles Football Club to the cleaners, scoring a hat-trick in the 3-1 win. Okpotu scored in the 20th, 28th and 31st minute to drown the Lagos-based side, with Austin Ogunye converting a penalty to score the lone goal for MFM FC.

FC IfeanyiUbah recovered from their loss over the weekend to run over Abubakar Bukola Saraki 2-0 at the FC IfeanyiUbah International Stadium, Nnewi. Yaya Kone scored first on 28 minutes, from a rebound initially taken by Godwin Obaje, before Felix Osia scored again on 57 minutes.