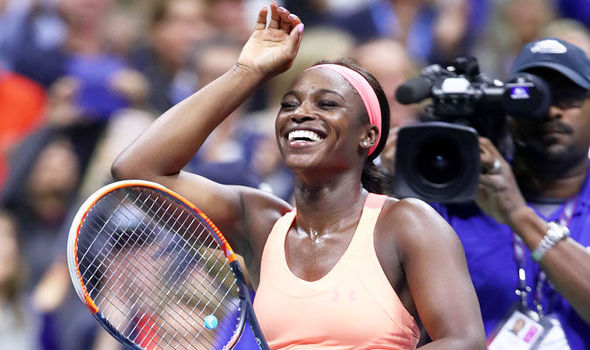 Sloane Stephens completed her epic run through the 2017 U.S. Open with a 6-3, 6-0 win over Madison Keys in Saturday’s final.
This is not only the first career Grand Slam title for Stephens, but she also became the first American woman other than Venus and Serena Williams to win a major since Jennifer Capriati in 2002, According to Bleacher report.
The 24-year-old was ranked No. 934 in the world last month and entered the tournament ranked 83rd, but she shocked everyone with the best two weeks of her career.
It had been a similar story for each competitor leading up to Saturday’s showdown at Arthur Ashe Stadium in New York. Each player had overcome early-season injuries and had some rough performances even when healthy.
After narrow victories in earlier rounds, they also both needed to beat fellow Americans in the semifinals to reach their first Grand Slam final.
However, only one could come away with the championship, and Stephens was the best on the court in this one.
The Florida native was in complete control in the first set by sitting back and avoiding mistakes. Ben Rothenberg of the New York She finished the first set with just two unforced errors, winning 16 of her 20 service points and earning two breaks for the 6-3 win.
The second set was even smoother. Stephens earned a pair of breaks right out of the gate to take a 4-0 advantage and put Keys on her heels. The negative body language also started to show, with Keys unhappy with her play.
Meanwhile, Stephens was just too tough to beat with excellent defence. Tumaini Carayol of Eurosport also discussed her passing ability:
After saving three break points to win the fifth game of the set, she was able to close things out with a bagel over her compatriot.
Although she had zero aces and only 10 winners in the entire match compared to 18 from Keys, the story of the day was the six unforced errors.
While Stephens needed three sets to win each of her last three matches and four total in this tournament, she finished things off with a straight-set victory for the U.S. Open title. It turned out to be the easiest victory of all, as it was the first time she lost fewer than six games in a match.
Darren Rovell of ESPN broke down the financials from the win: The WTA season continues with several premier events still on the calendar leading up to the BNP Paribas WTA Finals in Singapore. Based on the way each player has performed these last two weeks, they should be serious threats to win every tournament they enter throughout 2017.