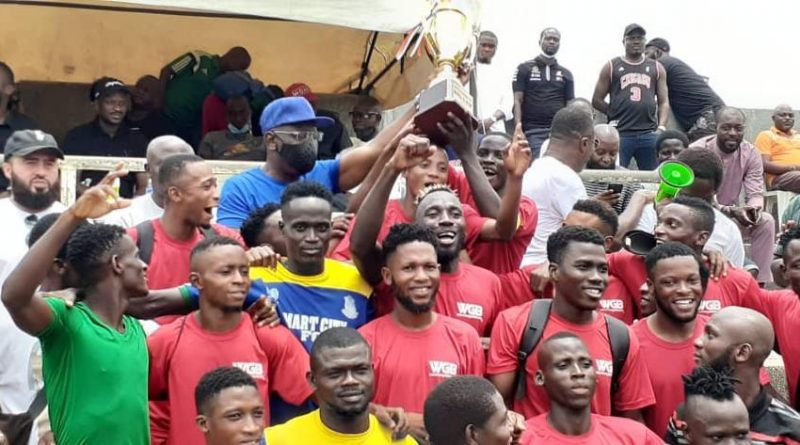 Smart City FC have been crowned the 2021 Kings of Football in Lagos. That is the fact following a four-day football extravaganza held at the Legacy Pitch of the National Stadium in Lagos.

The Smart boys became Kings after they outsmarted the 36 Lions 4-2 in a penalty shootout. The pulsating final match between both teams on Saturday had ended at 2-2 in regular time.

The the fireworks of the final game brought to a close the daily trips made to venues by fans and scouts alike.

The proprietor of the 36 Lions FC, Hajji Gafar is the sponsor of the annual tournament that has helped keep Lagos up as the football base of Nigeria. He thanked Lagos State Football Association and other friends who have been supportive over the years.

He said, “Kudos to the Lagos State Football Association for their endorsement and massive support.

“Once again we appreciate the love shown to us by FUBS (Friends United By Sports) and say thank you sirs.”

Gafar has used the Lions team over the years to unearth young footballers who have either featured for the junior national teams or moved over to Europe for greater professional opportunities.

Gafar added: “Our mission is only one way; it’s to make Lagos football better.”

The event was watched by a number of ex-Nigeria international and other sports and media personalities.