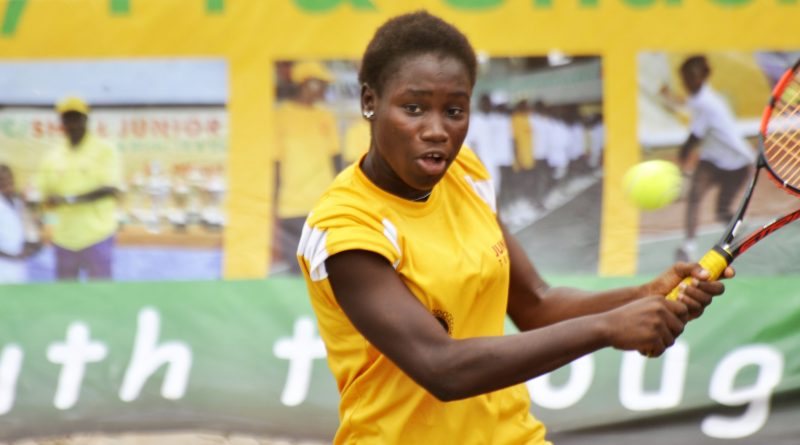 Edwards, a top eight ranked player in the girls 14s in Africa suffered a rare upset in the semifinals on Friday losing to Toyin Asogba, a girl she beat 8-1 in the finals of the CBN Junior Tennis Championship two weeks ago.

Asogba, playing a very determined defensive game, ran down every shot and placing well to win 8-5. Edwards while congratulating her opponent attributed her performance to time spent catching up with school work after the last tournament.

Asogba who could still be heard panting 15 minutes after the match, said, “After I lost badly to her two weeks ago I told myself that it will never happen again. I know she is a very good player and hits hard but I was ready to run for every ball and made sure I got the balls back deep. I think I surprised her a bit.”

Asogba will meet Angel Mcleod, the defending champion who defeated Favour Moses 8-1 in the second semifinals.

There will be new champions in the Girls 10 and Boys 14. In the absence of David Dawariye from the Port Harcourt based Kodian Tennis Foundation, Aliyu Abubarkar beat Kehinde Abdul 8-1 while Suleiman Ibrahim beat Joseph Fortune 8-3 to qualify for the finals.

In the other age categories, Daniel Adeleye will meet Joshua Maxwell in the Boys 12 final, Esther Mashall will face Mary Udofa in the Girls 12 and the Girls 14 will be a repeat final between Timipre Maxwell and Rebecca Ekpeyong.

Also featuring a repeat clash is the Boys 16s and 18s where Mathew Agbamu will again face Emmanuel Jebutu and Michael Osewa take on Augustine Stephen who recovered from 2-6 down to beat Phillip Abayomi 8-6.

The final events of the week-long championship will take place at the Lagos Lawn Tennis Club, Race Course on Saturday, starting 12 noon.