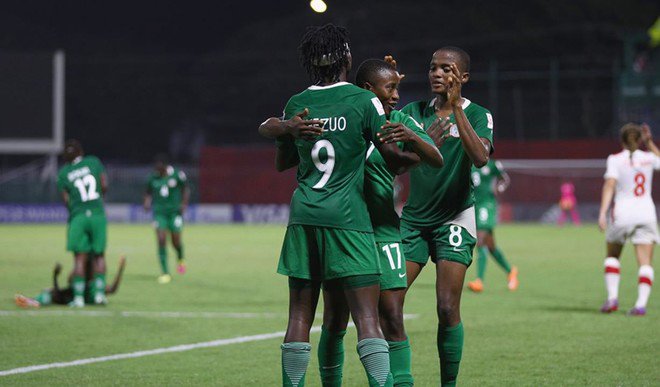 Coach of South Africa’s U20 Women’s team, Maud Khumalo believes mental toughness will be key in overcoming their Nigeria.

The South Africans Basetsana will host the Falconets of Nigeria in a crucial first leg of the final round of World Cup qualifiers on Saturday, January 13 at the Peter Mokaba Stadium in Polokwane.

Both sides come into the match with a highly impressive record, setting up what is set to be two mouth-watering encounters between the two nations. The Nigerian ladies who had their last training session on Friday are confirmed to be ready and in high spirits for the match by their managers. The entire delegation had photo session at the stadium on Friday.

Nigerians have always had the upper hand against South Africa; something Khumalo believes can only change if her side is in a strong mental state and forgets about what the history records say.

Khumalo said, “We have put a lot of effort in working on the players’ psyche for this match. We have a very talented group of players who can put up a good fight against any team. We have a lot of respect for Nigeria, they have done well on the continent but we have grown over the last years and should we be in the right frame of mind, I don’t see why we can’t the desired result.”

While South Africa is yet to make a World Cup appearance, Nigeria has featured in all U20 Women’s World Cups with their best performance being in 2004 where they reached the quarter finals in Thailand.

The FIFA U20 Women’s World Cup takes place between August 5 and 24 in France.