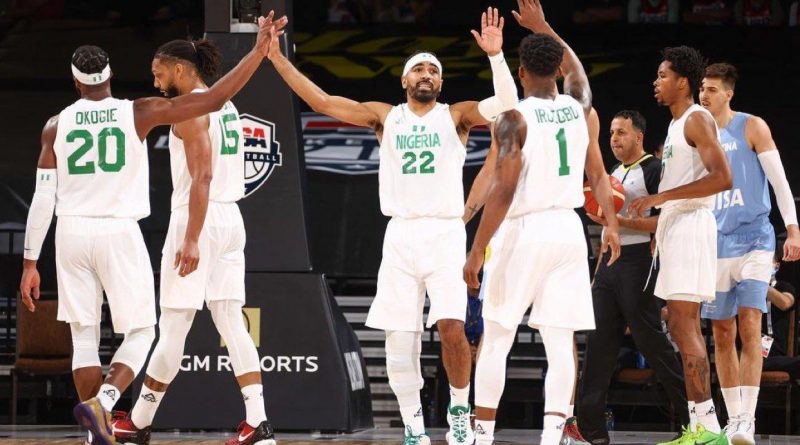 D’Tigers beat the Argentine team by a 23- point margin (94-71) to record their second major upset in three days.                                       Dare said, “Our players showed up for business and took care of business. Their performance in just these two games signposts the future of basketball in Nigeria. I salute and commend their patriotism and the courage and confidence they have brought to the game. You continue to make Nigeria proud.”

A former captain of the team Peter “Wonder Boy” Odaudu told Extrasportsnigeria.com, “Wow! I pray they carry this form into the Olympics proper – and why not given it is only days away – receive God’s favour and clinch a medal.

“On paper, and given the fantastic displays so far, it is a done deal. But you and I know sports, particularly the ball game. May the team do us proud IJN.”

D’Tigers had earlier on Sunday morning defeated the Team USA 90-87 to become the first African nation to achieve such an incredible feat.

The team will take on Australia in their final tune up game Wednesday morning before jetting out to Tokyo for the Olympics.

Incidentally, D’Tigers will begin their campaign at the Tokyo Olympics on Sunday July 25 against Australia.

They will face Germany three days later before playing Italy in their final group game on Saturday July 31.

Meanwhile, the Nigerian ladies, D’Tigress are expected to begin their pre-Olympics tune up games on Wednesday in Las Vegas.

Coached by Otis Hughley, the team will be playing their first friendly game against Australia on Wednesday. They will play against the Australians again on Saturday before rounding off with a game against the United States of America.

Nigeria will be presenting both the male and the female basketball teams for the first time at the Olympics.