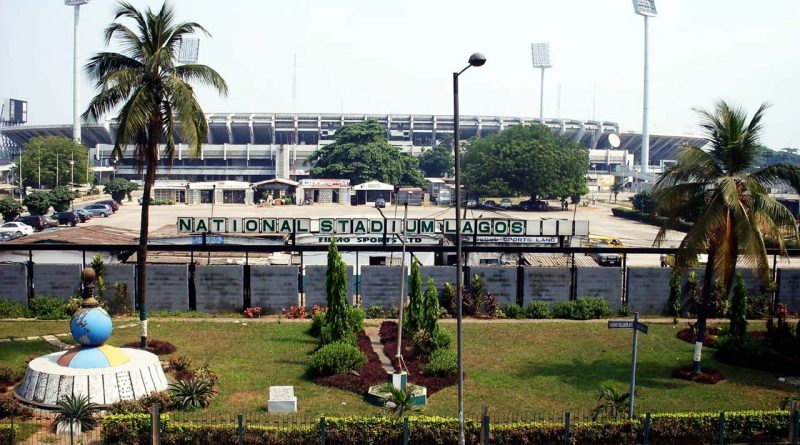 The Federal Ministry of Youth and Sports has begun the demolition of illegal structures within the Lagos National Stadium. Those termed illegal occupants were given a deadline which expired on Tuesday, September 1.

The structures termed as illegal are largely food kiosks sports shops developed outside the initial Master Plan of the complex. Some other offices developed but attached to the main bowl area of the complex were also marked out as illegal.

A banker who had a betting office under the main bowl told our Extrasportsnigeria.com he had to comply after he was asked to move out.

He said after moving equipment from the stadium on Monday, “I have moved out my items from the arena. It cost me quite a huge sum to set up but I didn’t really have a choice. The threat to demolish everything was real.”

The Ministerial Implementation Committee gave all the affected owners of the “illegal structures” 14 days ultimatum which expired on September 1.

A Nigerian newspaper Thisday reports that since 2004, the National Stadium had been abandoned with virtually all aspects of the complex, including the main bowl seats, tartan tracks, the playing turf and the media centre in terrible state of decade.

The state of the edify made some entrepreneurs to transform the ‘Sports-city’ into business venture when numerous drink bars were developed to give the 48-year old monument a lifeline.

Interestingly, majority of the occupants (shop owners) have legitimacy to the spaces they occupied because they all have receipts to back up their stay at the complex. The various Stadium Managers that served at the complex issued different forms of written approvals while the bigger operators got their documentations from Abuja.

However, while most of the sports related shops and offices were marked for demolition, the Nigeria Olympic Committee (NOC) and the Sports Writers Association of Nigeria (SWAN), Lagos Chapter buildings not in the original Master Plan were spared in the exercise mainly because “they are partners in sports development” according to the report of the committee.

The stadium was completed in December of 1972 towards the hosting of the 2nd African Games the following year.

Since then, it has played host to many important events including the African Cup of Nations in 1980 and 2000.