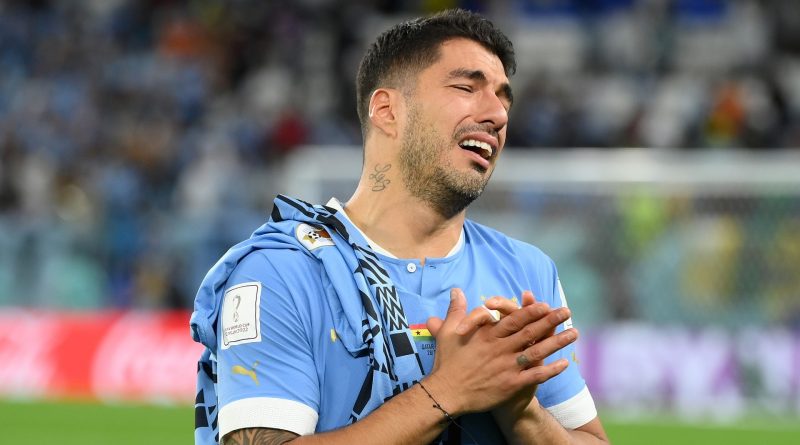 Liuz Suarez broke into tears the moment he confirmed that Uruguay have crashed of the Qatar 2022 World Cup.

Uruguay claimed a 2-0 victory against Ghana in their Group H encounter, but Giorgian De Arrascaeta’s double wasn’t enough to keep his side in the competition as both teams crashed out after South Korea beat Portugal 2-1.

Ghana started with the in-form Mohammed Kudus in attack, supported by Inaki Williams and Jordan Ayew on the flanks. Uruguay featured a front-two of Luis Suarez and Darwin Nunez as they looked to once again progress ahead of the Africans.

Captain Andre Ayew saw his penalty saved by Uruguay goalkeeper Sergio Rochet in the first half. It was another crucial penalty miss for Ghana against Uruguay following the Suarez incident at the 2014 World Cup in South Africa.

Uruguay were determined to give themselves a fighting chance in the match and moments later, they were rewarded.

The South Americans scored two quick goals in the first half through midfielder De Arrascaeta, giving Uruguay a glimmer of hope to progress.

In the second half, Ghana couldn’t find a way past the resilient defence of Uruguay as they looked to find their way back into the game.

It meant Uruguay needed just one goal to fire them into the last-16 on goal difference as eight minutes of added time was shown. However, the match finished 2-0 as both Uruguay and Ghana were knocked out of the competition.