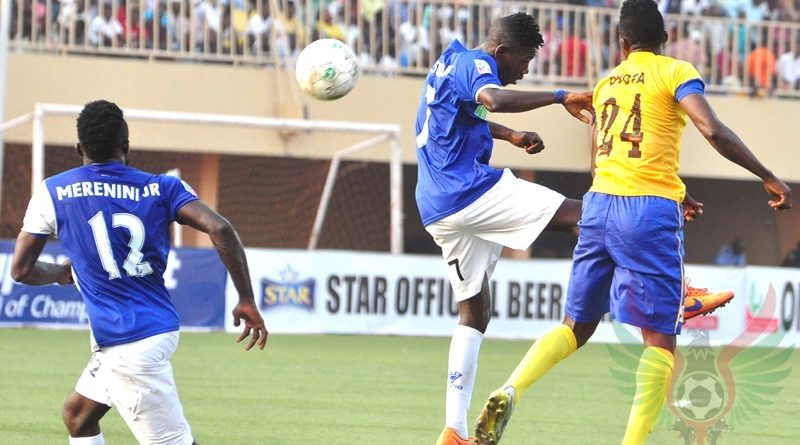 Plateau United defeated Akwa United 3-0 at the Rwang Pam Stadium in Jos to increase their lead at the top of the table to five points in one of the Matchday 28 games of the Nigeria Professional Football League played on Sunday, Extrasportsnigeria.com reports.

But it was the six-goal thriller in Ilorin between Abubakar Bukola Saraki (ABS) FC and Sunshine Stars that gave real sparkle to the weekend games.

Plateau with 51 points; Enyimba (3rd on 44 pints) and Wikki extended their run of successive home wins with eight victories.

In Jos, Akwa United resistance was broken in the 20th minute when a clearance from Godspower Igudia struck the arm of Ifeanyi Ifeanyi in the box, leaving the referee with no option but to award a spot kick to the home side.

Emeka Umeh scored in the 86th minute and Kabiru Umar in the 90th minute to complete it 3-0 forPlateau.

After the game, Plateau United coach Kennedy Boboye said, “It’s not over yet, I can’t say we are champions with about 10 games to go. We still need to pick up more points especially away from home. Maybe a draw or a win away then probably we can start dreaming about the title. Yes we are five points clear but there’s still work to be done for us to be crowned champions.”

Sikiru Alimi opened scoring in the 46th minute for guests Sunshine in Ilorin. The Sunshine lead was doubled eight minutes later through Ajibola Otegbeye via a header. Samuel Oyedeji pulled one back in the 61st for the hosts and then ABS’ Ebola Anaekwe scored from a goal-line scramble to reduce it to 3-2 but Sunshine restored their two goal lead through Ezekiel Thompson seconds later. And so it remained until the final whistle.