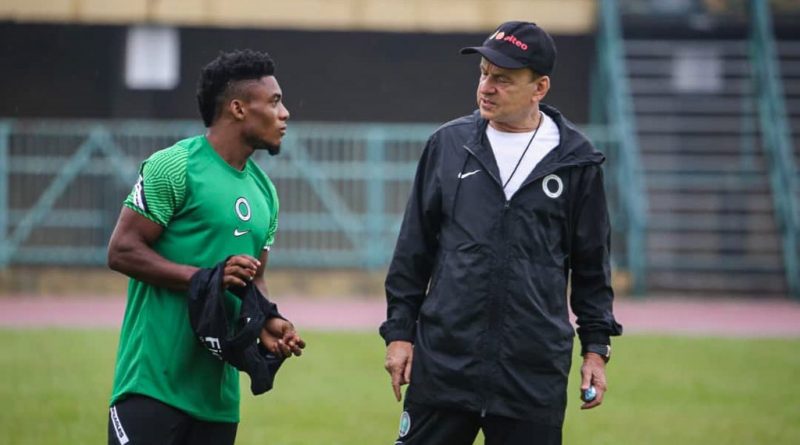 Super Eagles attacker, Anayo Iwuala of Enyimba has joined Esperance of Tunisia on a three-year deal after the Tunisian club completed the signing of the Nigerian early on Monday, Extrasportsnigeria.com reports.

Esperance made their announcement using their social media accounts concerning their latest Nigerian import. It was learnt that Esperance paid $500,000 for his services and the winger is expected to earn a salary worth $50,000 monthly. Enyimba had initially put his fee at the minimum of $1m.

Michael Eneramo, who also played for the four-time African champions, had joined the same Tunisian side from Aba.

The 22-year-old enjoyed quality reviews throughout the season in the Nigeria Professional Football League.

He got a call-up to the Super Eagles in March this year, and made his debut as a substitute in the Africa Cup of Nations Qualifiers against Benin and Lesotho. His next matches were the two friendlies played in Austria against Cameroon in June. He then led the home-based Super Eagles out in another the friendly against Mexico last month and the match was played in the USA.