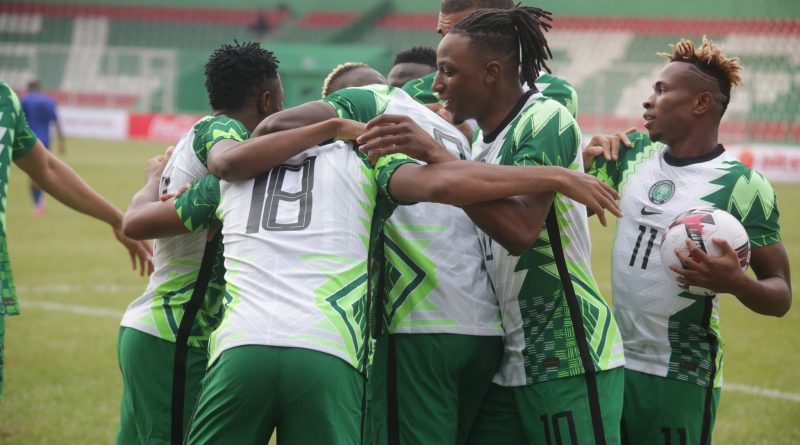 Nigeria will commence the process to earn a seventh FIFA World Cup finals appearance when they trade tackles with the Lone Star of Liberia at the Teslim Balogun Stadium, Lagos on Friday evening, in one of the Day 1 games of the African qualifying campaign.

Since making their debut at the FIFA World Cup finals in 1994, the Eagles have only been missed participation in the finals once – the 2006 edition in Germany. They were denied of that berth courtesy of CAF’s head-to-head rule that favoured Angola.

In 17 previous clashes with Liberia’s Lone Star, the Super Eagles have won 10 matches, drawing three and losing four. One of the four losses was in Monrovia in July 2000, when a team led by the man who is now that country’s President (George Ousmanou Oppong Weah) shot 2-0 ahead before Sunday Oliseh pulled one back for a 2-1 loss for Nigeria in a 2002 FIFA World Cup qualifying match.

That win catapulted the Lone Star to the top of the group, and the Eagles had to battle hard to snatch the ticket with wins in their last three matches, including away to Sudan and home to Liberia and Ghana.

However, in a 2013 Africa Cup of Nations qualifying fixture, the Eagles rallied to a 2-2 draw in Monrovia and stung the Lone Star 6-1 in the second leg in Calabar.

Friday’s match will see the Eagles leap to top of the group with a win, after group mates Cape Verde and Central African Republic battled to a 1-1 stalemate in their Day 1 encounter in Douala, Cameroon on Wednesday. Central African Republic are playing their home games in Cameroon as CAF has certified none of their home venues worthy of hosting international matches.

As a result of the global coronavirus pandemic and preventive measures, protocols and guidelines, CAF has allowed that only 5,000 spectators be accommodated at the Teslim Balogun Stadium for the match.

A total of 29 players out of the 30 invited by Coach Gernot Rohr for the two games against Liberia and Cape Verde (defender Kevin Akpoguma was knocked out by illness) have been training in Lagos for the matches, and will have a final preparation on Thursday evening.

Meanwhile, the Confederation of African Football has approved a request by the Nigeria Football Federation for the players to wear black armbands at the match, in honour of Nigeria legend Thompson Usiyen, who died in the State of California, USA on Tuesday. Usiyen, described as a goal-a-game forward for the Eagles in the late 1970s, died of colon cancer.

After Friday’s match, the players from the United Kingdom will fly back to base, with the rest travelling to the island of Mindelo on Sunday night for Tuesday’s clash with the Blue Sharks of Cape Verde in a Day 2 encounter.