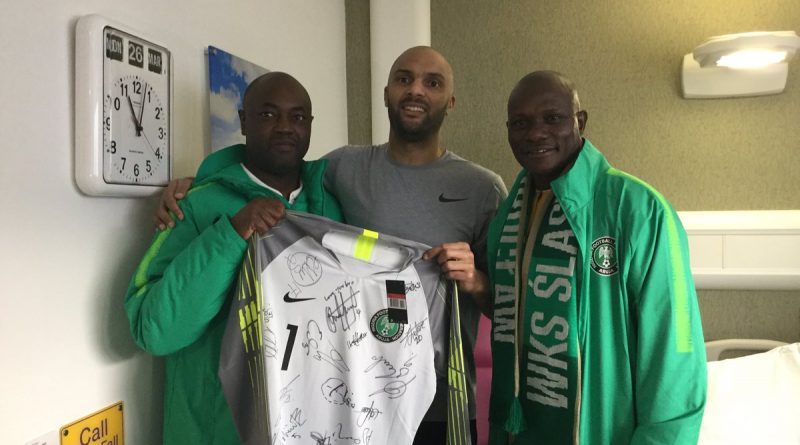 Super Eagles and their crew have celebrated their ill goalkeeper Carl Ikeme on his birthday. They are also wishing for his quick recovery from leukaemia – an ailment that cut short his journey to Russia 2018 with Nigeria, Extrasportsnigeria.com reports.

The former Nigeria number one goalkeeper clocked 32 on Friday, just days before the Super Eagles begin their World Cup campaign, which he would have been part of but for the leukaemia diagnosis.

Through their Twitter handle the Eagles and the Nigeria Football Federation wrote, “Happy Birthday @Carl_Ikeme. There are many more happy years ahead of you.

Ikeme made his international debut for Nigeria on 5 September 2015 against Tanzania in a 2017 Africa Cup of Nations qualification game as he replaced Vincent Enyeama as Nigeria’s top keeper under Sunday Oliseh.

The Wolverhampton Wanderers was then in goal for the Nigeria in three of their 2018 World Cup qualifiers (home and away against Swaziland and away to Zambia in Ndola). The 2-1 in Zambia for Nigeria paved a way for Eagles journey to Russia.

Ikeme’s dreams of featuring for Nigeria at the World Cup were cut short on 6 July 2017 when it was announced by his club in England he was diagnosed with acute leukaemia after returning abnormal blood tests during a routine pre-season check-up.