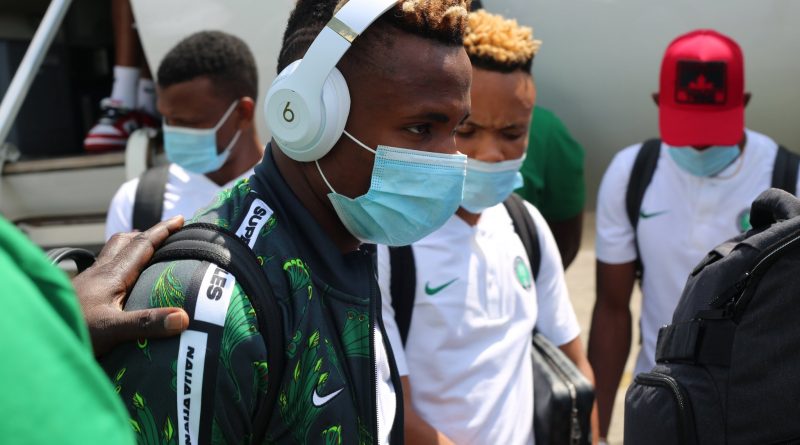 The Super Eagles squad was forced to undergo a fresh Covid-19 test in less than 48 hours after they landed in Sierra Leone for the second leg of the 2022 AFCON qualifiers.

There was a hiccup at the Lungi airport as Sierra Leonean immigration officials insisted that the Nigerian players and officials must undergo COVID-19 tests right at the airport, even after evidence was provided by the Nigeria team that all delegation members did the tests and all returned negative just hours before boarding their flight in Benin City.

Efforts by the top officials from the Nigeria High Commission and the Leader of Delegation, Alhaji Ibrahim Musa Gusau to make the Sierra Leonean immigration officials understand that the results obtained few hours earlier were sufficient for the delegation members to enter into Freetown, prosecute the match and return to Nigeria, failed to sway the officials. Further pleas to allow the players and officials leave the airport and for Sierra Leone to send medical officials to conduct the tests at the team hotel fell on deaf ears.

After the tests, the players and officials boarded the ferry and eventually arrived at the Radisson Blu Hotel in Freetown just before 3pm local time (4pm in Nigeria).