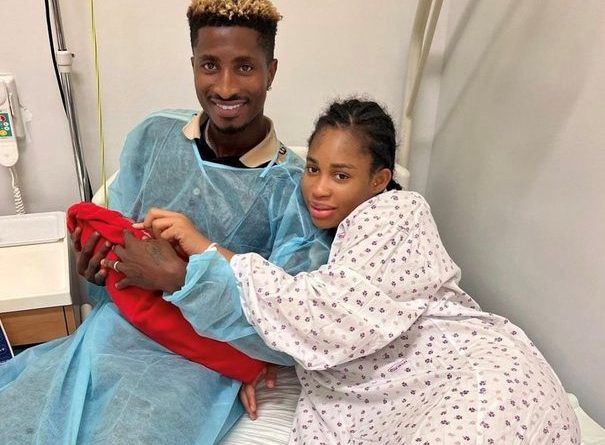 Super Eagles striker Peter Olayinka and his wife Yetunde have welcomed their first daughter. The baby has been named Gemma accordingly.

The Eagles attacker who plays for Slavia Prague scored six goals and three assists in 22 league appearances. The couple got married in June 2021 in Lagos. Yetunde was herself a popular artiste before the marriage. She played the role of Miss Pepeiye in the popular Nigeria sitcom “Papa Ajasco.”

The couple took to social media on Thursday to share pictures of the new addition to their family, their first daughter Gemma Olayinka.

The Prague-based star has been linked with a move away from the club, with links to the Turkish Super Lig and the French Ligue 1flying around according to Soccernet.

In spite of the interests the 26-year-old Nigeria seems comfortable with the current club who he joined four years ago.