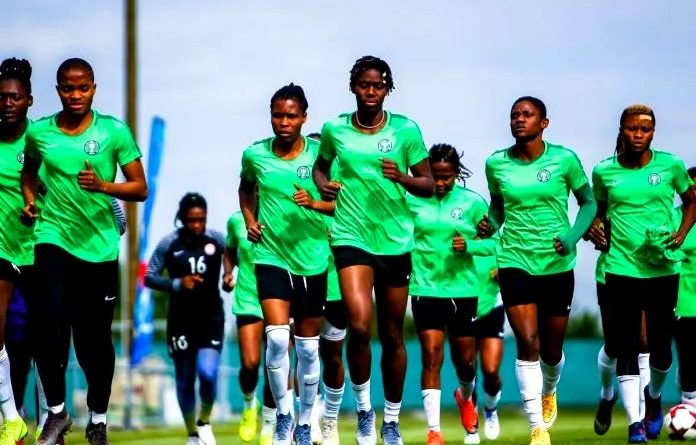 Cup holders Nigeria have commenced a training camp at the country’s Federal Capital Territory, Abuja ahead of next month’s 12th Women Africa Cup of Nations finals holding in Morocco.

Head Coach Randy Waldrum and assistants have the interesting challenge of quality and quantity of players – a useful blend of the old guard, talented youngsters from the home front and a number of skillful foreign-born stars who have been holding their own brilliantly.

Forwards Desire Oparanozie and Uchenna Kanu, as well as midfielder Regina Otu and US-based defender Nicole Payne will arrive in Abuja by the weekend.

Nigeria, who have won nine of the 11 Women Africa Cup of Nations championships held so far, bundled out Ghana and Cote d’Ivoire in the qualifying series and will play South Africa, Botswana and Burundi in the group stages in Morocco. They go up against the Banyana Banyana in their first match at the Prince Heritier Moulay Hassan Stadium in Rabat on Monday, 4th July, before matches against Botswana (Thursday, 7th July) and Burundi (Sunday, 10th July) at the same venue.

All four semi finalists at the tournament in Morocco will qualify to represent Africa at the FIFA Women’s World Cup in Australia/New Zealand in the summer of 2023.