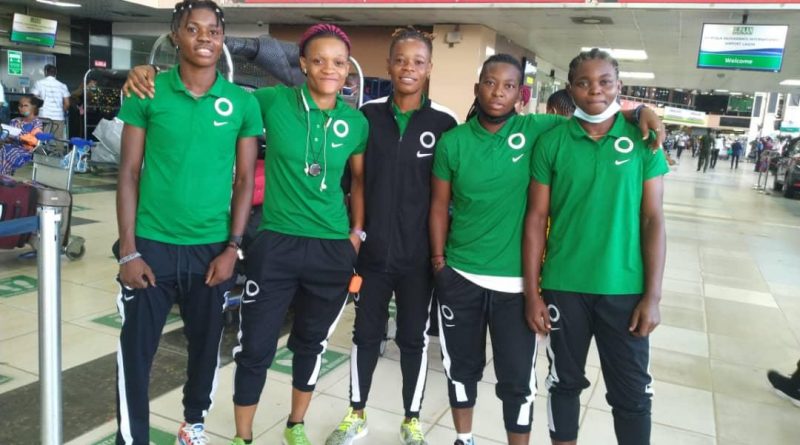 The Super Falcons players are on their way out of Nigeria for the United States of America where they will play a number of games in a tournament. The players left Lagos aboard a Delta Airlines flight to Atlanta from where they will connect to Texas.

Extrasportsnigeria.com was alerted as they got ready for departure at the Murtala Muhammed International Airport, Lagos Monday night. They are heading to the USA for the upcoming 2021 WNT Summer Series in Houston, Texas.

The bulk of those that travelled from Lagos for the event are largely the players from the Nigerian domestic league. The contingent had 10 NWFL Premiership players led by Gift Monday of FC Robo, the backroom staff including the team’s Media Officer Oluchi Tobechukwu (Tobex) and the FA officials.

Matches will be played at the BBVA Stadium in Houston and at the brand-new, $240million Q2 Stadium in Austin built by the newest club in the Major League Soccer, Austin FC. Both cities are in the State of Texas and the clash between the Super Falcons and the US Women A team will be the first-ever football match at the state-of-the-art Q2.

The tournament which will showcase hosts USA, Portugal and Jamaica will run from 10th to16th June and will see the Falcons clashing with their Jamaican counterparts in Houston on the 10th before taking on Portugal three days later at the same BBVA Stadium. Their last match is against the USA at the Q2 Stadium on 16th June.