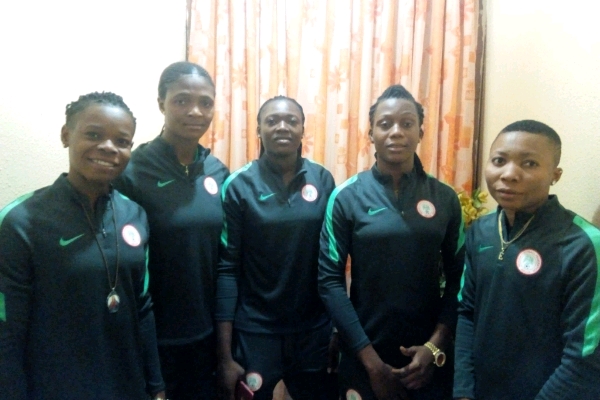 The Super Falcons are gearing up good for French as six Sweden-based players arrived in Paris on Wednesdayfor Friday’s friendly game against France.

The Nigeria Football Federation confirmed their arrival though the Falcons Twitter. The six players were billed to later move to Le Mans, to team up the rest of the squad who were already on their way from Nigeria. The match is billed to hold at the Stade MMArena in the city of Le Mans.

Francisca Ordega, Courtney Dike and Desire Oparanozie arrived in France on Tuesday ahead of the rest of the squad. Those being awaited from Nigeria are Onyinyechukwu Okeke, Esther Sunday, Chiamaka Nnadozie, Anam Imo, Ngozi Ebere, Ugo Njoku and UK-based Ini-Abasi Umotong as well as the home-based players.

This will be the Falcons first major friendly since winning the African cup.