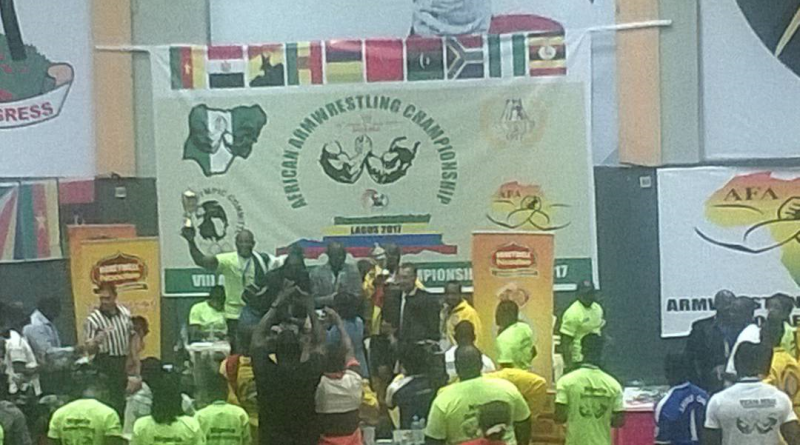 Team Nigeria topped the medals’ table with 19 gold medals, 16 silver and 11 bronze. Team Ghana emerged second with 10 gold, 5 silver and 6 bronze, while Mali finished third with 8 gold, 4 silver and 1 bronze. In the fourth place were the Egyptians with five gold and 3 silver, while Cameroon finished in fifth place winning 2 gold and 2 silver medals.

The Malians had started strongly on the opening day of Friday dominating the competition until the Nigerians and their Ghanaian counterparts wrestled their ways back.

The countries participated in 27 events in the Right and Left Arms.

The closing ceremony at the Teslim Balogun Stadium in Lagos featured entertainers with the Nigeria Football Supporters troup dancing all through.

The next championship will hold in Accra, Ghana in April 2018.