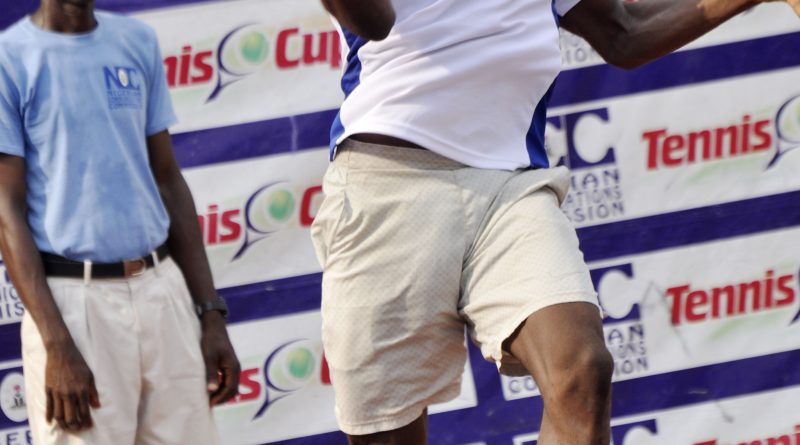 In a tight but exciting game played at the Lagos Lawn Tennis Club and watched by a former Vice President of Nigeria, Sir Alex Ekwueme, and the sports minister, Solomon Dalung, Team Offikwu took the two reverse singles to put the tie beyond the reach of defending champions.

The team which debuted this year, had recovered from 2-0 down Saturday to level the tie 2-2 and on Sunday the young team took the two reverse singles to make the last mixed doubles match inconsequential.

Sylvester Emmanuel, the arrow head of the champions once again proved to be the match winner when he beat national champion, Moses Michael, 4-6, 7-6, 6-4 in what proved to be the final match.  Albert Bicom had earlier beaten Emmanuel Paul 6-4, 6-4.

In his remarks, Dalung praised the level of organisation of the competition saying the success of the NCC Tennis League is a testimony that sports in Nigeria is better off being private sector driven.

He said, “The competition was taken to all the zones of the Federation, offered very huge prize monies which made several young men and women millionaires with no kobo coming from government. This is a good example for the sports federations to follow.”

“It was a very exciting event and I thoroughly enjoyed the matches. If this competition is sustained Nigeria should be able to produce world beaters in the very near future,” he said.

Team Offikwu got N7m while runners-up Team Tombim got N5m. Team Civil Defense winners of the third place concluded on Friday went home with N4m while the fourth-placed team, Team FCT got N2m.

The competition was organised by the International Tennis Academy.