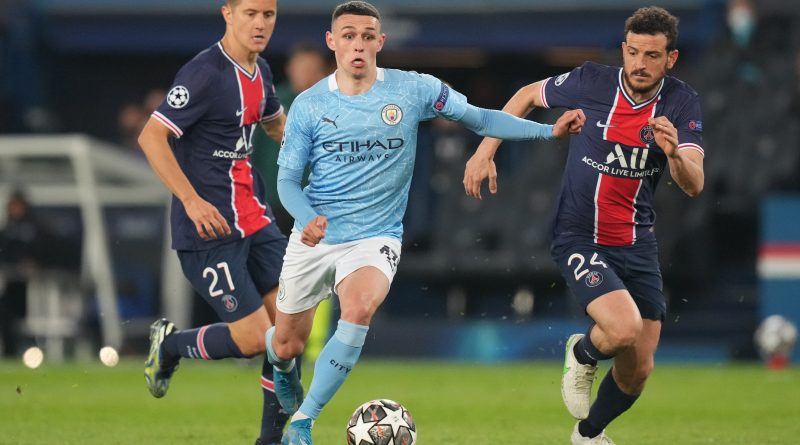 The UEFA Champions League action for the week opens on the evening of Tuesday 4 May with Manchester City playing host to Paris Saint-Germain at 8pm on SuperSport Grandstand (DStv channel 201) and SuperSport Premier League (DStv channel 203). The Citizens hold a 2-1 advantage from the first leg in the French capital, as they came from a goal down to defeat the Ligue 1 side thanks to strikes from Kevin De Bruyne and Algerian star RiyadMahrez.

Pep Guardiola has been waiting for this game with the backdrop of their last game in Paris.

“Sometimes you need to be more relaxed. We changed a little bit the way we pressed (in the second half). It’s not easy against Neymar, Mbappé and Di María,” said City manager Pep Guardiola.

“I’m so satisfied with the performance. This club doesn’t have much experience at this stage of the competition. All I want is for us to be ourselves in the second leg. We are good playing a certain way – we cannot do it differently.”

PSG defender Marquinhos, meanwhile, believes the tie is still very much alive: “If we don’t believe, then there’s no point making the trip (for the return game). We’ll need a warrior mentality to go through. We’re really close. We mustn’t have any doubts now and we have to improve our weak points. We have everything we need to turn the situation around.”

The second semi-final wraps up on the evening of Wednesday, May 5th, as Chelsea play host to Real Madrid at 8pm on SuperSport Grandstand and SuperSport Premier League. The teams drew 1-1 in their first-leg clash in the Spanish capital, with the Blues taking an early lead through Christian Pulisic, only for Los Blancos to hit back through a spectacular strike from Karim Benzema which leaves the tie delicately poised.

“Unfortunately they scored from a set piece but there was nothing else for us to defend – we did not allow any chances,” said Chelsea manager Thomas Tuchel. “It was a bit of a disappointing result at half-time and important that we stayed calm and didn’t lose confidence. The speed, the intensity dropped and you could feel that we were a bit tired. We have to live with 1-1.”

Real manager Zinedine Zidane had this to say, “We wanted to press high one on one, but when you don’t carry it out well, things are tough. Once we scored, we were better and controlled play a lot more. We’re alive and we’re going to the second leg with the idea of winning.”

Viewers on DStvcan see all their favourite stars from the African continent dominating matches in the UEFA Champions League.

Visit www.dstvafrica.com to subscribe or upgrade your DStv package for the full 2020/11 football season experience. With the DStv Explora, you can pause, rewind or record the exciting moments of the matches. And while you’re on the move, stream matches on the DStv App which is free for download on the Apple and Google Playstoreand can be used on up to 5 devices.