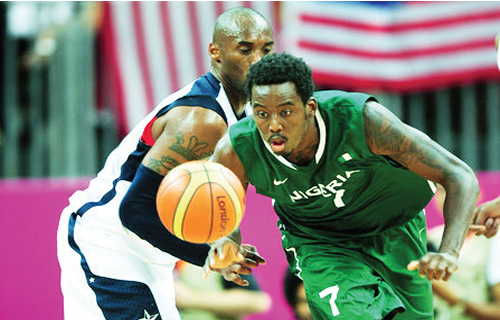 The Nigeria basketball scene is set to witness another crisis that could linger for a long time as the immediate past president of the Nigeria Basketball Federation Tijjani Umar insists he remains the head of the federation following the election he and his team organised in Kano on Monday ahead of the election approved by the sports ministry and held in Abuja on Tuesday. The Abuja election saw the emergence of Musa Ahmadu-Kida as the new NBBF president, Extrasportsnigeria.com reports.

On Wednesday the Umar group released a statement through a former board member who signed as their Media Adviser, Patrick Omorodion.

The statement read, “The newly elected Nigeria Basketball Federation (NBBF) Board under the leadership of Tijjani Umar wishes to make it known that it has followed due process to the letter in conducting its affairs including the election of 12 June, 2017.

“The Nigeria Olympic Committee (NOC) is in custody of the NBBF ratified Constitution and the election rules and regulation which the NOC made input into for the conduct of the election. Let it be known to all therefore that the NOC was fully aware and briefed on the intention of the NBBF to conduct its election according to its Constitution which is the best practice around the world.

“The Board as it is composed in the Constitution is the most broad-based, covering the basketball technical bodies, players representative, women’s representative, members of the international bodies and one representative each from the six geo-political zones elected by their state chairmen.”

They then accused the NOC Secretary Tunde Poopola of betrayal.

“Having followed the provisions of its Constitution and taking away basketball from the highest bidder, the new basketball board will not waste any precious time arguing with anyone trying to justify the legality or otherwise of the election in Kano or Abuja. It is a fact known to all that the Secretary General of the NOC who is aware of all these facts has betrayed the NOC family in Nigeria by pursuing an agenda that is not acceptable to the rest of the NOC Exco and Executive Board.

“In this circumstance, the newly elected NBBF Board led by Tijjani Umar and Olumide Oyedeji has forwarded to the International Basketball Federation (FIBA)   and all who should know a full report on the election and will await any action or decision from it.

“In conclusion, it is our utmost duty to follow due process and the best way of doing things if we profess to love our game and country and it should never be difficult for any stakeholder to do or recognize what is right. It is on record that the Abuja elections of 13 June, 2017 were characterized by intrigues, irregularities, mischief and outright confusion and Nigeria does not deserve this.

“The NBBF will not contribute to this way of doing things and therefore appeal to the Media to also exercise great caution in publicising only positive stories that make Nigeria look good, honourable and respectable in the international community.”

The African and world basketball bodies are expected to react in coming days to the events in the country and give Nigerians a clearer picture of the direction of things.