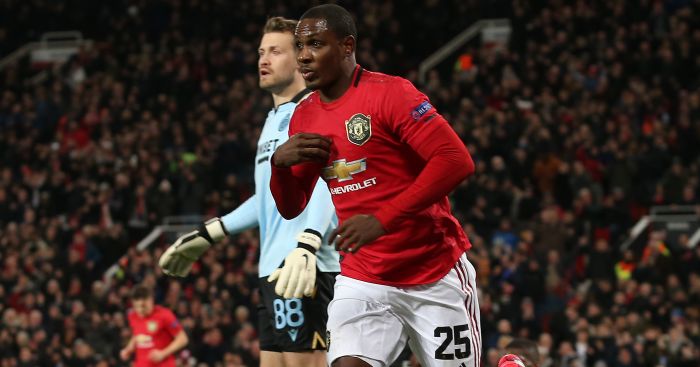 Manchester United are set to offer Nigerian attacker, Odion Ighalo an initial weekly contract in the summer, it has been reported. This contract will serve as a prelude to a permanent deal.

The record setting striker is currently on loan at United after arriving from Chinese Super League side, Shanghai Shenhua in January on Transfer Deadline. He was given a six-month deal which is set to expire in June.

The Manchester big team, who like other Premier League teams are unsure when top-flight action will resume in light of the Coronavirus pandemic, now may need to keep Ighalo beyond June 30 when his loan deal will expire.

Sportsmole.co.uk News report which quoted Old Trafford sources noted that United are looking to keep Ighalo tied down beyond June 30 by offering him contract extensions on a weekly basis.

It was also learnt that United are also poised to offer the out-of-contract duo of Angel Gomes and Nemanja Matic same weekly contracts to tie them down beyond June 30.