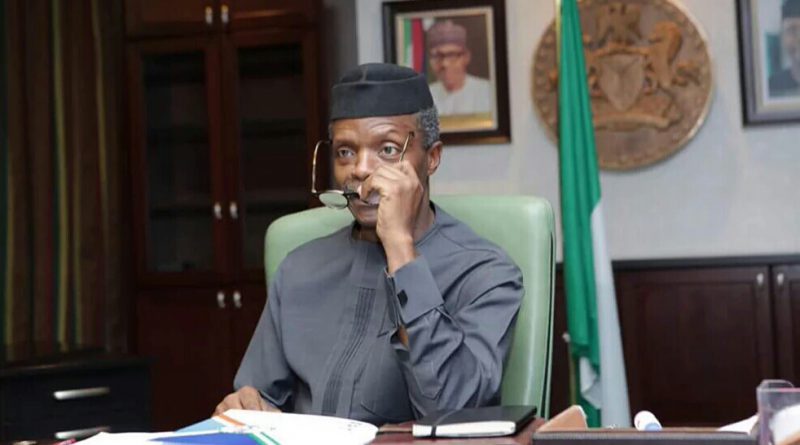 Sports News
December 15, 2016December 15, 2016 0 Comment
The organisers of the glamorous the NCC Tennis League Cup have said all is now set for the final ceremony. The final match of the competition will be played on Sunday, December 18 between Kaduna-based, Team Offikwu, and defending champions Team Tombim of Abuja at the Lagos Lawn Tennis Club Race Course.
The Vice President of Nigeria, Prof. Yemi Osinbajo is expected to be at the event scheduled to start at 12 noon on Sunday as the Special Guest of Honour.
A former vice president of Nigeria, Sir Alex Ekwueme, is also billed to attend alongside sports minister Solomon Dalung as well as the Minister of Communications Adebayo Shittu. The Chief Executive of the Nigeria Communications Commission, Prof. Umar Danbatta is attending as the Chief Host.
Team Offikwu are surprise finalists following a hard fought battle against Team Civil Defence – last year’s runners-up.
Sylvester Emmanuel, the highest ranked Nigerian on the ATP Circuit who was obviously the star player in the semi-finals needs to reproduce the same form against national champion Moses Michael and Christian Paul of Team Tombim.
In the ladies singles scheduled for Saturday, Aanu Aiyegbusi who upset national champion Christie Agugbom in straight sets in the semi-finals will have another formidable opponent, Sarah Adegoke, a former national champion to deal with.
The third place match between Team FCT and Team Civil Defence will serve off Thursday at 10am at the same venue with two men’s singles, a ladies singles and the men’s doubles. The third place tie which will have two former champions – Shehu Lawal and Abdulmumuni Babalola – playing for the Civil Defence team against Thomas Otu and Emmanuel Sunday of Team FCT – both semi-finalists at the Dala Hard Court.
“It is a chance for us to redeem ourselves,” Civil Defence team captain Sunday Jonah said. “We now know that in sports anything can happen and we would approach this match more professionally.”
The winning team is expected to get N7m; the runners-up N5m; third-place N3m and the fourth best team N2m.