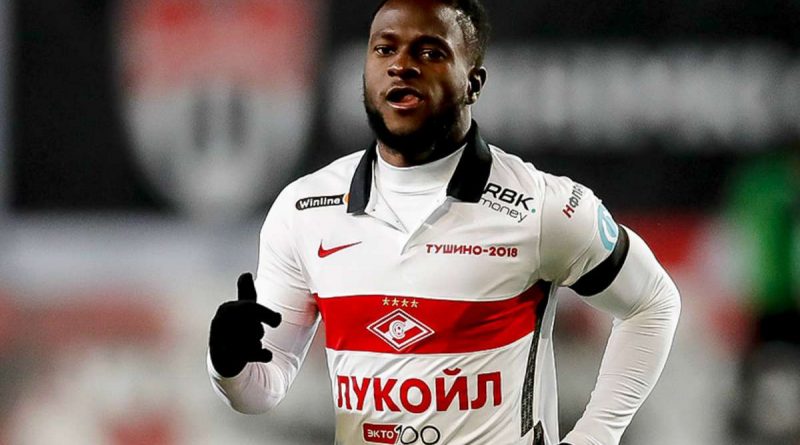 Victor Moses has quit Chelsea for a permanent deal with Russian side, Spartak Moscow. The move ends his nine years relationship with the Stamford Bridge team.

The Nigeria international was confirmed to have secured a permanent deal with the Russian club on Thursday.

Moses joined the Moscow team last year on a loan deal but it became a permanent deal as the team finished at the top two positions in the Russian Premier Liga.

The wing-back scored four goals and four assists in his 19 appearances with Spartak. The team confirmed they will trigger the option to keep the former Nigeria international permanently.

“His contract says it would be automatically redeemed if the team finished in the top three, and we finished second,” said PR Director, Anton Fetisov (via RIA Novosti).

There was no official confirmation of the fee and other financial details, but according toa report by  Goal’s Nizaar Kinsella, Chelsea are set to net around £4m in the deal.

During his nine years on the books at Chelsea, Moses racked up 128 appearances, scoring 18 goals and assisting in another 13.

Interestingly though he spent a lot of time out on loan, with Liverpool, Stoke City, West Ham, Fenerbahce and Inter all hosting Moses before his spell with Spartak this season.

Moses is expected to be the first of several sales from Chelsea this summer. Loan players like Ross Barkley, Tiemoue Bakayoko, Davide Zappacosta and Michy Batshuayi could be among the more high-profile exits.