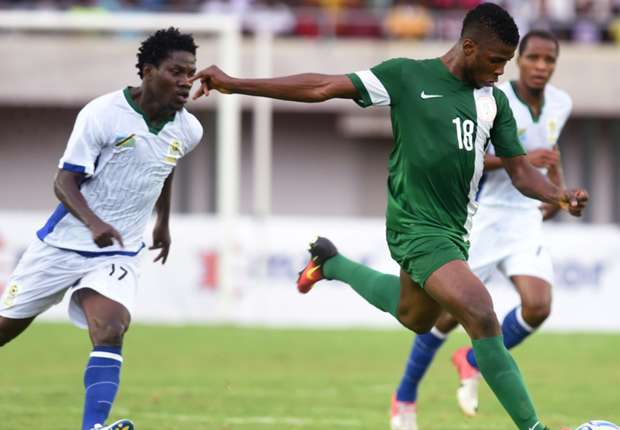 Nigeria’s international friendly billed against Burkina Faso in London on Monday, was called off after seven players in the Burkinabe contingent failed to secure entry visas into the United Kingdom. The other players are able to enter The UK.

Chairman of the NFF Technical and Development Committee, Chris Green said in London, “We regret to announce that the second friendly match we had scheduled for the Super Eagles as part of preparations for the remaining matches of the 2018 FIFA World Cup qualifying series and the beginning of the 2019 Africa Cup of Nations qualification race would no longer take place on Monday, 27th March 2017.

“The match in question is called off due to no fault of either the organizers or the Nigeria Football Federation. We will announce further plans for the Super Eagles’ preparation for these two important qualifying campaigns in due course.”

Extrasportsnigeria.com understands that an English league team could replace Burkina Faso as talks continue to hold in The UK.

There is no British Embassy in Ouagadougou, and officials of the Federation Burkinabe de Football had been shuttling between Accra and Ouagadougou for visa processing. FBF sources said the Embassy in Accra told them last week to proceed to Morocco (where the Etalons played the Atlas Lions on Friday) and that the visas would be issued there.

However, the applications were still pending at the British Embassy in Morocco as at close of work on Friday, the last working day before match day in London.

The Burkinabe Football Federation on Friday, 24th March by 7pm UK time telephoned the match organizers to say some of their players and officials were unable to secure entry visas into the United Kingdom and therefore would not be able to honour the match.

NFF President and CAF Executive Committee member, Amaju Pinnick was said to be unhappy with the development but stated that the objectives of satisfying the technical team’s desire of squaring up against tough, physical African opposition and fostering team bonding and organization were achieved.

“The Technical Adviser (Gernot Rohr) wanted to play very physical African teams, as part of the preparations for the World Cup qualifying matches against Cameroon, and we duly fulfilled that with the arrangements we made for Senegal and Burkina Faso.

“Unfortunately, some of the Burkinabe players could not secure entry visas into the UK. It is nobody’s fault. Our joy is that we were able to play Senegal and got a fair result with a depleted squad, and also the objectives of team bonding, team building, team discipline and further imparting the Technical Adviser’s philosophy to the group have been well served.

“The Technical Adviser has also been able to look at a few more options, and our strength-in-depth is looking very good.”