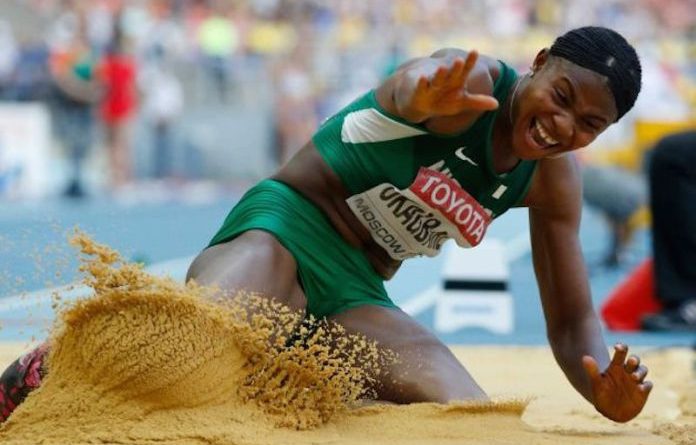 Nigeria’s top performers on the track this season Blessing Okagbare-Ighoteguonor and Tobi Amusan have both arrived in Nigeria ahead of the 2017 Warri Relays & CAA Grand Prix.

The 2017 Warri Relays & CAA Grand Prix which is fixed for Tuesday, July 18 at the Delta State Polytechnic Stadium, Ozoro, is guaranteed to have a rich number of top athletes on parade; some of whom are already arriving in the country.

Okagbare who last weekend in London ran an impressive 10.99secs in women’s 100m event is one of the star attractions even as the Sprints queen will hope to strike a better rhythm on the home front as she counts down to the World Championships in London.

For Amusan, the home crowd will have a glimpse of the hurdler who has been hugging the headlines with breathtaking performances in the circuit in the United States this season.

The Delta State Government, as well as Solid Works, will be sponsoring the 2017 Warri Relays & CAA Grand Prix which over the years has attracted top athletes from across the world to the oil-rich and sports loving State.

Chief Solomon Ogba, CEO, Solid Works, revealed that outside of the elite cast of athletes, the High School and Inter-Collegiate Category is also gathering much momentum as students in and around Delta State are looking forward to the July 18th Meet with keen interest.

Ogba highlighted the need to continually provide platforms for youngsters to exhibit their skills and get discovered.