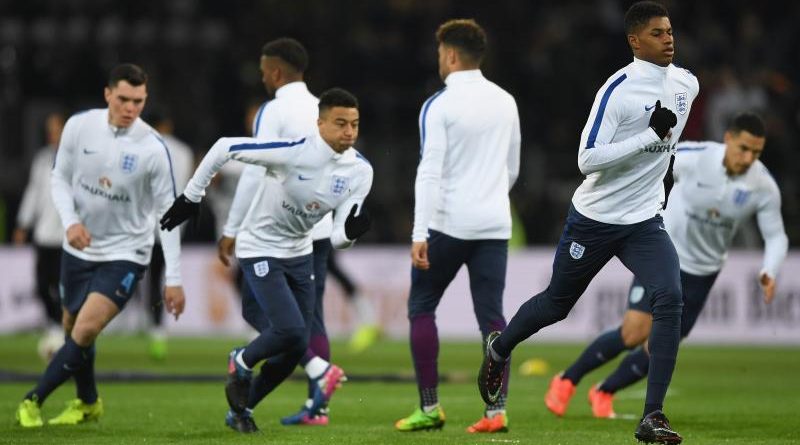 ENGLAND could face a World Cup ‘group of death’ against Brazil, Denmark and Nigeria next summer. And this possibility is creating all forms of analyses by the English fans and their media since FIFA released the seedings and Pots for the for the World Cup draw billed to hold December 1.

A Daily Star report on Friday also suggested that Gareth Southgate’s men could also find themselves facing Iceland, who humiliated them at Euro 2016 and sparked boss Roy Hodgson’s departure.

England have been placed in Pot Two for the draw at the State Kremlin Palace on December 1 at 3pm while Nigeria is in Pot 4.

Landing favourites and five-time winners Brazil would be a huge challenge, even after holding them to a hard-fought 0-0 draw at Wembley on Tuesday. But Peru’s 2-0 defeat of New Zealand in the final play-off yesterday also ensured Denmark could be a group opponent for England in Russia.

Peru’s win saw the Danes drop from Pot Two to Pot Three and Southgate would have reason to fear the Scandinavians, in particular Tottenham playmaker Christian Eriksen.

Denmark are the highestranked team in Pot Three, and Serbia the highest ranked in Pot Four, but England cannot face both as they cannot be against more than one other European side.

The Scandinavians have won two of their last five meeting with England, including a humbling 4-1 defeat in Copenhagen in 2005.

The good news for Southgate is the fact that his side are unlikely to face as tough a group as they did in Brazil four years ago, when they played four-time winners Italy, Uruguay, and eventual group winners Costa Rica.

Based on FIFA’s October rankings, which have been used to seed all four of the pots, the nightmare group for England is Germany, Costa Rica and Nigeria.

And the best possible group draw for the Three Lions is probably Poland, Iran and World Cup rookies Panama, it was concluded.