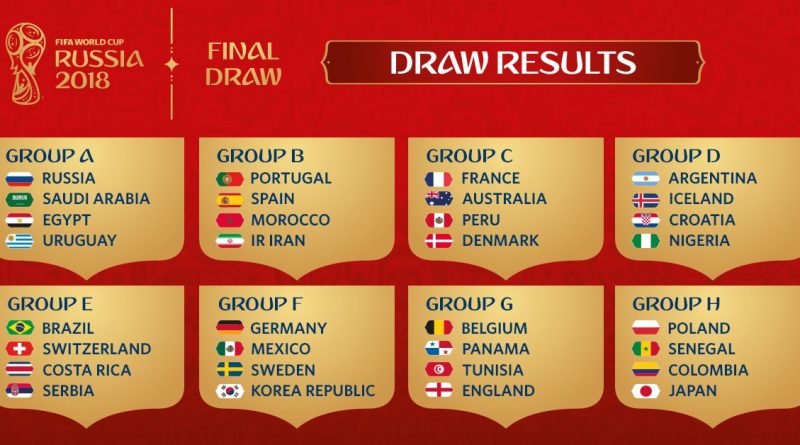 Nigeria’s Super Eagles have drawn Argentina once again in the World Cup. And the teams will be meeting for the fifth time in a World Cup final with the Argentineans winning all previous four encounters.

The other countries in Group D are Croatia and Iceland. The Eagles will be playing their opening game against Croatia.

The ceremony held at the state Kremlin Palace in Moscow on Friday.

Nigeria had met Argentina in four previous editions of the tournament and lost by odd goal on each occasion. However, Nigeria defeated Argentina 4-2 in a friendly last month.

Hosts Russia will meet Saudi Arabia in the opening match of the tournament on June 14.

And immediately after the draw, ex-Nigeria international Victor Ikpeba said it was “a fair World Cup draw for the Super Eagles.”

Ikpeba made his view known via his Twitter handle. And then on a SuperSport analysis moments after, the former attacker said it was also good for the Eagles that they will not play the opening game against Argentina.

“It’s good that way because they would have settled down to the entire atmosphere before facing Argentina. It is better than meeting them first.”

On the same programme Eagles striker Odion Ighalo said Nigeria couldn’t have asked for a fairer draw than what they got this time.