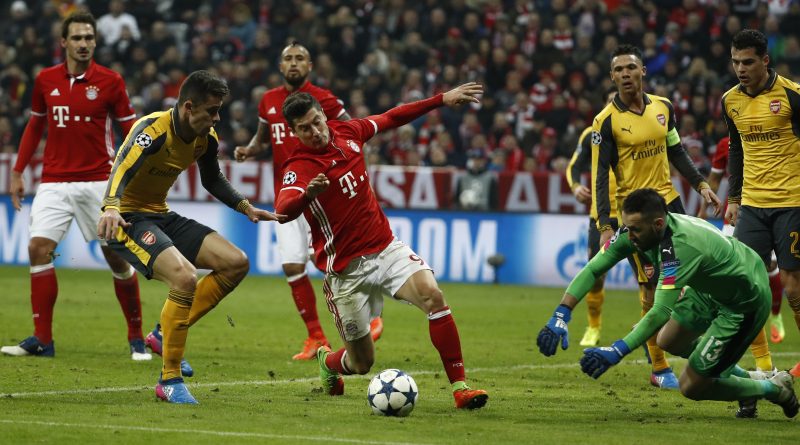 Arsenal manager Arsene Wenger admitted his side had “collapsed mentally” in their 5-1 Champions League rout by Bayern Munich on Wednesday.

The under-pressure Frenchman said there were no excuses as the Gunners faced a seventh successive last-16 exit after their latest mauling.

“We conceded the second goal and then the most important thing was that we lost Laurent Koscielny (to injury). We collapsed mentally,” said Wenger who will now face fresh calls for his resignation.

“I am not looking for excuses. Overall I must say they were a better team than us, they played very well in the second half and we dropped our level,” he added.

“They were better than us, well done to Bayern. Their third goal was a killer – we had no response.” It is a shock of course to lose at this level.”

Wenger refused to discuss his personal mood after the match, according to AFP report.

“How I feel I don’t think is the most important but of course it is disappointing,” he said although pundits thought otherwise.

“He looked particularly wounded. I feel for him – he almost needs to be protected from himself,” former Arsenal defender Martin Keown told BT Sport.

“This is a massive low point for him. This brings forward the change that looks likely at the end of the season.”

Arjen Robben opened the scoring after just 11 minutes at the Allianz Arena when the Dutchman beat Arsenal goalkeeper David Ospina with a fine left-foot strike into the top corner.

Chile international Alexis Sanchez levelled for Arsenal on the half-hour, hitting in a rebound at the second attempt after he had a controversial penalty saved by Manuel Neuer.

Thiago piled on the misery for Arsene Wenger’s men with his second and Bayern’s fourth just after the hour with substitute Thomas Mueller adding a fifth two minutes from time.

Wenger said the loss of Koscielny just after the break — with the scores at 1-1 — turned the game.

“It was a strange game because we played quite well in the first half, we then conceded goals in quick succession,” said Wenger.

“I’d have loved to have kept Laurent on the pitch and it’s difficult to measure the impact, but the fact is we have to cope with the result. We had an extremely bad result tonight.

“It was difficult to shake off the two goals in quick succession – we lost our organisation and our centre back.”

The Frenchman said his side lost their composure after Lewandowski’s powerful header from a cross and suffered a “nightmare” final 25 minutes.

“We were badly done for the second goal and the real problems came after the third goal, because we lost our organisation,” he added.

“We were very jaded and vulnerable from that moment on. The last 25 minutes were a nightmare for us, because we had no response.”