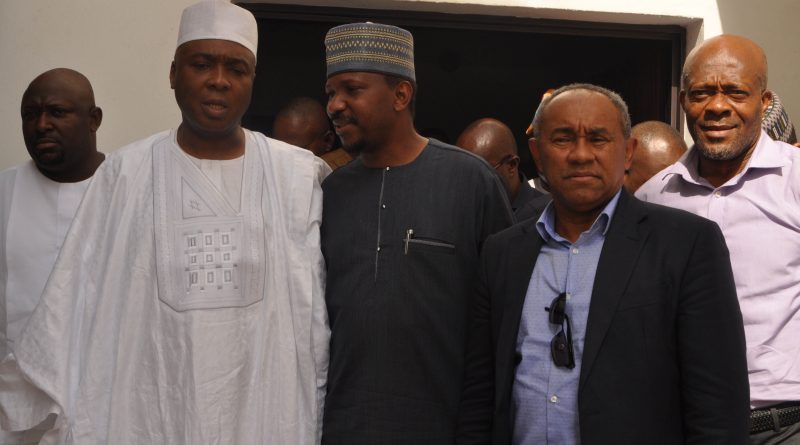 Confederation of African Football (CAF) Presidential challenger, Ahmad Ahmad, has said he and his supporters were desirous to unfold a improved federation if he won the election against Issa Hayatou scheduled for March 15 in Addis Ababa, Ethiopia.

The Madagascan, 57, has also promised to open the body to all 54-member countries and create greater involvement of prominent ex-players in the administration of the game on the continent.

Ahmad who spoke to Extrasportsnigeria.com at the Murtala Muhammed Airport in Lagos shortly before leaving for Senegal on Thursday night, said he was representing a progressive group of administrators, who want to see African football on the same pedestal with other developed continents. He blasted the current reign of “godfatherism” that has held the continent down for so long.

He said, “My colleagues decided that we should change the way CAF is run and they chose me to lead the change. I am not challenging Issa Hayatou, I am only doing what my colleagues want me to do.

“I am not afraid of failure because I have my job in my country. Having said that I am of the opinion that CAF must be run collectively with the FA presidents and not by a few individuals who are not even working in their countries football associations.

“I also believe that we must give the legends of the game, those who played football at the highest level, the opportunity to impact the way the game is run in Africa. What we have now is a situation where a few of them are paraded round the stadia each time we have a competition. They are used as ornaments in Africa when everywhere else football legends are at the forefront helping to develop the game. These legends made African football what it is today and I plan to work with them to help our football grow.”

“Good governance and honesty will attract sponsors top CAF.  We should also be able to reinvest the money we make from various sources. It is only in CAF that we prefer to keep money in banks and admire it when the affiliate bodies have pressing needs.

“CAF needs to give the federations enough money to build facilities and those other things that will help our game develop at the grassroots.

“The CAF president should be able to travel across the continent to discuss with governments and federation officials because that is the only way to know the peculiar challenges of the different countries.”