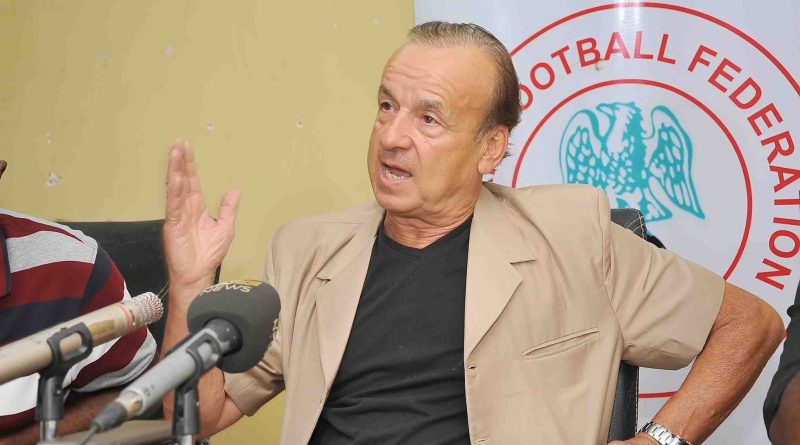 Nigeria Football Federation says there is no truth to reports that it has sacked Super Eagles coach, Gernot Rohr.

The name of the Franco-German has played widely in both local and international media in the course of Thursday, with most platforms stating authoritatively that the 68-year old has been given the boot by the NFF, his employers.

However, President of the NFF, Mr Amaju Melvin Pinnick, said that no such decision has been taken.

“The Board of the NFF is studying the report of the Technical Committee, which it submitted after the match against Cape Verde in Lagos on Tuesday. There are a number of possibilities but we have not taken a decision to sack Gernot Rohr. I want to assure that whatever decision is eventually taken will be one that will please the generality of Nigerians.

“Mr Rohr has a contract with the NFF and there is a procedure for disengagement. If we get to that bridge, both parties will look at the contract and see what has to be done both ways. The Super Eagles’ squad is a national asset and we are just fortunate to be in that space to take decisions. Any decision we take must be what will be acceptable to Nigerians from far and near.”

Rohr, a former Germany international defender, has led the Super Eagles in 54 international matches over the course of five years and three months, winning 28 of those matches.